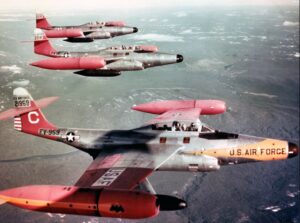 The Northrop F-89 Scorpion was a twin-engine, all-weather interceptor aircraft developed by the United States during the 1950s. It was the first jet-powered aircraft designed specifically for that role and it was equipped with guided missiles and air-to-air nuclear weapons. The initial model, the F-89A, featured AN/APG-33 radar and six 20-millimeter T-31 cannons with 200 rounds per gun, as well as underwing racks for carrying bombs or rockets. However, only 18 F-89As were produced and they were mainly used for testing and trials. The type was later upgraded to the F-89B standard, which included new avionics, and entered service with the 84th Fighter-Interceptor Squadron in June 1951. However, the F-89 faced numerous problems with its engines and other systems and was eventually replaced by the F-89C.

The major production model was the F-89D, which featured a Hughes E-6 fire control system with AN/APG-40 radar and an AN/APA-84 computer, as well as armament consisting of two pods of 52 2.75-inch Mighty Mouse FFAR rockets. A total of 682 F-89Ds were built. The F-89H, which entered service in 1956, had an E-9 fire control system and wingtip pods carrying three Falcons and 21 FFARs each, for a total of six missiles and 42 rockets. However, its performance was inferior to newer supersonic interceptors and it was phased out of service by 1959. The final variant, the F-89J, was based on the F-89D but featured fuel tanks in place of the standard wingtip missile pods and pylons for carrying a single MB-1 Genie nuclear rocket or conventional Falcon missiles. 350 F-89Ds were modified to the F-89J standard and served with the Air Defense Command and Air National Guard until 1969. In total, 1,050 Scorpions of all variants were produced. 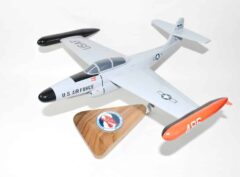 123rd FIS Redhawks F-89 Model Fly with the 123rd FIS Redhawks in this handcrafted F-89 model. Each piece is carved from wood and hand-painted to provide a piece you’ll love. The 123d Fighter Squadron is a unit of the Oregon … Read More 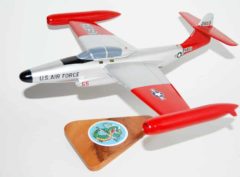 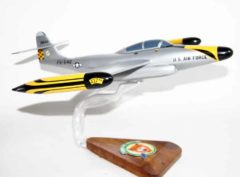 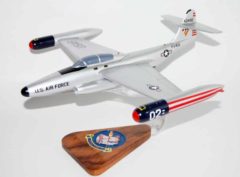 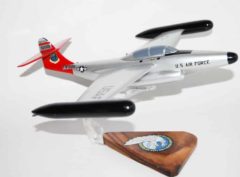 449th FIS F-89 Model Fly with the 449th FIS in this handcrafted F-89 model. Each piece is carved from wood and hand-painted to provide a piece you’ll love. Alaskan air defense The 449th was reactivated at Adak Army Air Field … Read More 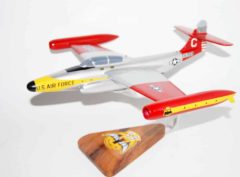 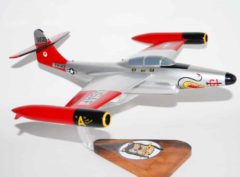 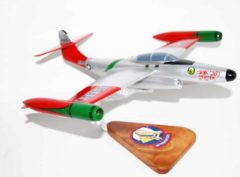 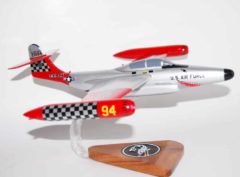 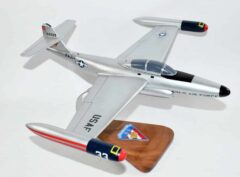 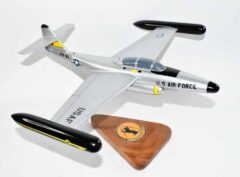