The E-3 Sentry is a military aircraft used by the United States Air Force (USAF) and other countries for airborne early warning and control (AEW&C) missions. It is a modified version of the Boeing 707 airliner, which has been modified to carry a large, high-resolution radar system and a number of communication and control systems. The E-3 Sentry is operated by the USAF’s 552nd Air Control Wing, which is based at Tinker Air Force Base in Oklahoma.

The E-3 Sentry is equipped with a radar system that allows it to detect and track aircraft, ships, and other targets at long range. It also has a number of communication systems that allow it to transmit and receive information from other aircraft and ground stations. The E-3 Sentry can also carry a variety of other sensors and electronic warfare equipment, depending on the mission.

It is typically used for a variety of missions, including air defense, air

traffic control, early warning, and command and control. It can operate from both land bases and aircraft carriers, and has a range of over 4,000 miles (6,400 kilometers). The Sentry is often used in conjunction with other aircraft, such as fighters and bombers, to provide situational awareness and help coordinate operations.

The E-3 Sentry has a crew of 13, including a pilot, copilot, and 11 mission crew members. It is powered by four turbofan engines and has a maximum speed of about 550 mph (885 km/h). The E-3 Sentry has been in service with the USAF since the 1970s, and has undergone several upgrades over the years to improve its capabilities and performance. 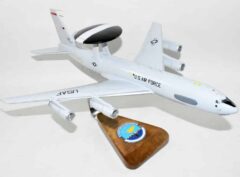 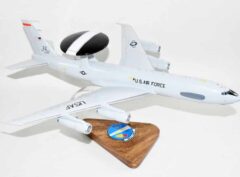 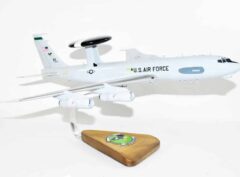 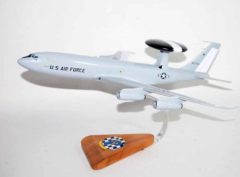 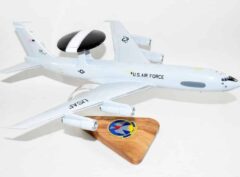 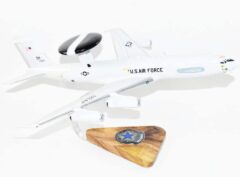 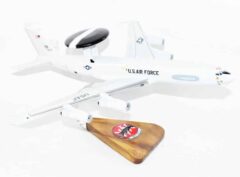 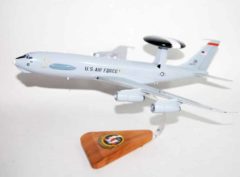