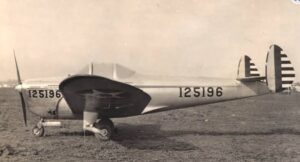 The ERCO Ercoupe is a low-wing monoplane aircraft that was first developed in 1937 by the Engineering and Research Corporation (ERCO). After World War II, several other manufacturers produced the aircraft. The final model, the Mooney M-10, was produced from 1968 to 1970. The Ercoupe was designed to be a very safe aircraft, and it continues to have a dedicated following. 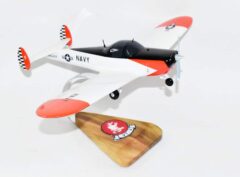 Fly with the VT-4 in this hand crafted 1951 Ercoupe Model. Each model is carved from wood and hand painted to provide a unique piece that will always be treasured.