Fly this heirloom B-17 Flying Fortress model from a mantel or desk to capture a moment in history. Each piece is carved from wood, individually made, and handpainted to provide a piece you’ll love.

The Boeing B-17 Flying Fortress is a four-engine heavy bomber developed in the 1930s for the United States Army Air Corps. The B-17 was primarily employed by the United States Army Air Forces (USAAF) in the daylight strategic bombing campaign of World War II against German industrial and military targets. The United States Eighth Air Force, based at many airfields in central and southern England, and the Fifteenth Air Force, based in Italy, complemented the RAF Bomber Command’s nighttime area bombing in the Combined Bomber Offensive to help secure air superiority over the cities, factories and battlefields of Western Europe in preparation for the invasion of France in 1944.[8] The B-17 also participated to a lesser extent in the War in the Pacific, early in World War II, where it conducted raids against Japanese shipping and airfields 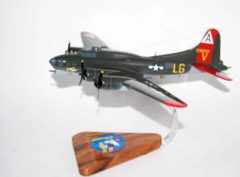 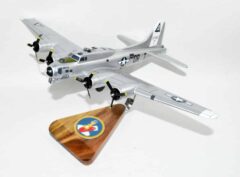 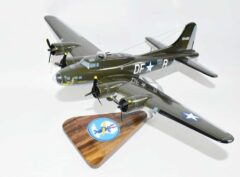 324th Bomb Squadron ‘Memphis Belle’ B-17 Model Fly the Memphis Belle in this handcrafted B-17 model. Each piece is carved from wood and hand painted to provide a piece you’ll love. 18 inches World War II The squadron was established … Read More 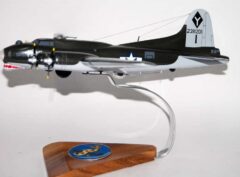 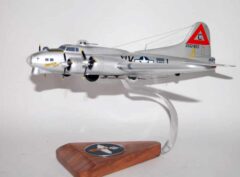 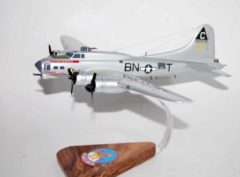 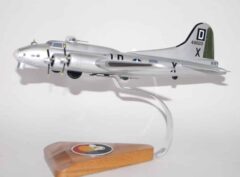 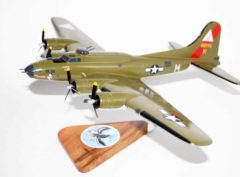 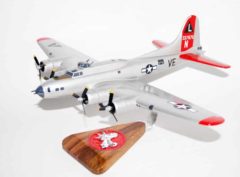 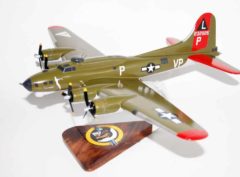 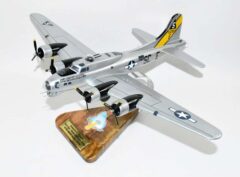 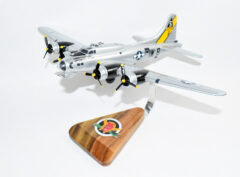 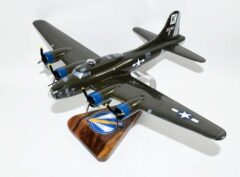 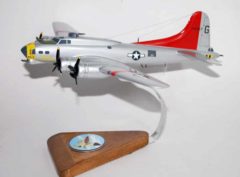 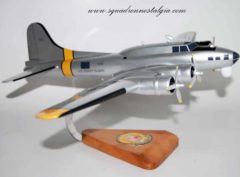 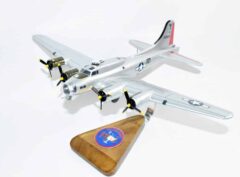 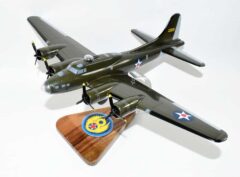