The Vought F4U Corsair is an American fighter aircraft that saw service primarily in World War II and the Korean War. 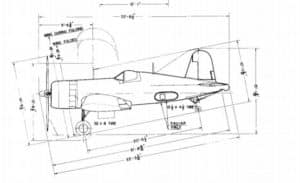 The primary mission is the destruction of enemy aircraft, airborne or grounded. This mission may be carried out on an offensive basis in which case the action would be  presumably be carried out over enemy held territory or on a defensive basis when interception of an incoming enemy attack becomes a necessity.  A secondary mission of this type results from its flexibility in regard to ordnance carrying capabilities.  Armed with bombs and/or rockets, within prescribed limits, it may be used to great advantage for destroying enemy ground installations.

The outstanding configuration characteristic of this low-wing monoplane is the inverted gull appearance of the wing coupled with great length of fuselage ahead of the cockpit canopy.

It is of conventional structure.  The wing center section is a metal box-beam with single-spar panels fabric covered aft of the spar.  Wood ailerons, metal slotted flaps. 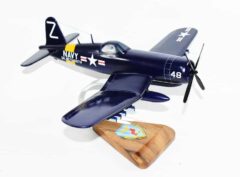 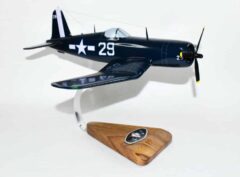 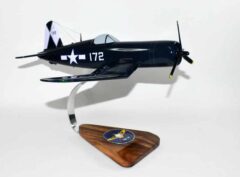 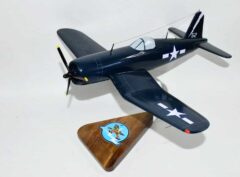 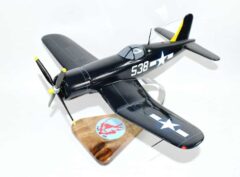 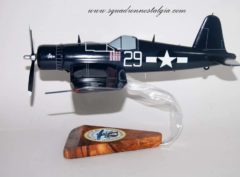 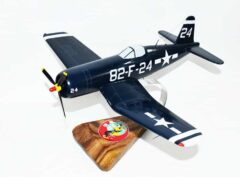 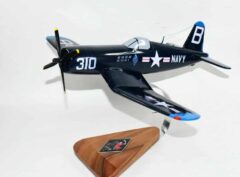 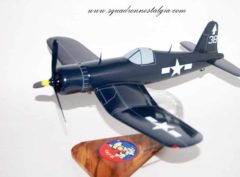 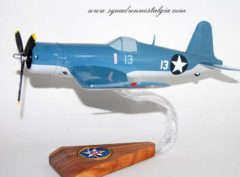 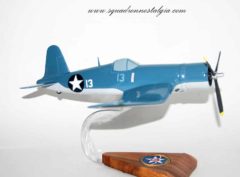 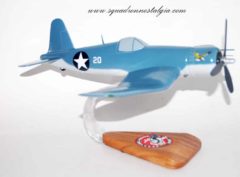 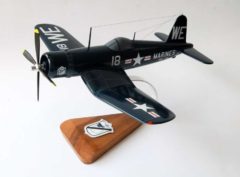 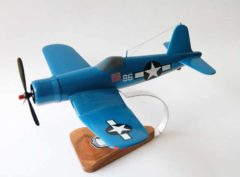 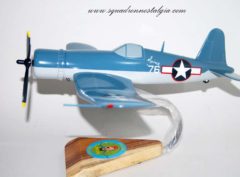 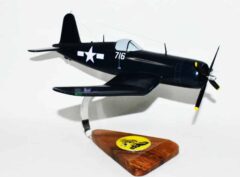 VMF-218 Hellions F4U-1D Model Fly with the Hellions of the VMF-218 in this hand crafted F4U-1D model. Each model is carefully crafted from wood and hand painted to provide a piece you’ll love. Length – 14.25 inches Wingspan – 18 … Read More 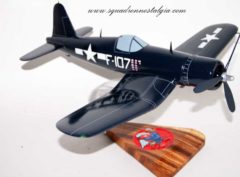 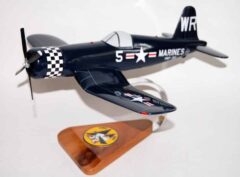