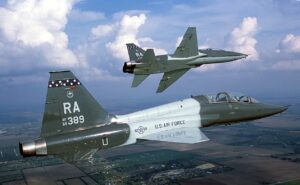 The T-38 Talon is a supersonic jet trainer aircraft used by the United States Air Force (USAF) and NASA. It was developed in the 1950s and has been in service since the 1960s. The T-38 is designed to provide advanced pilot training and has been used to train pilots for a variety of military aircraft, including fighters, bombers, and transport planes. It is a two-seat aircraft, with the instructor sitting in the rear seat and the student in the front.

The T-38 is powered by two General Electric J85-5 turbojet engines, which give it a 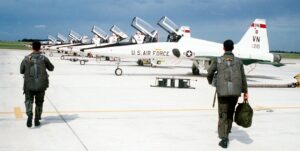 the maximum speed of approximately Mach 1.3 (about 940 mph). It has a wingspan of 25 feet and is just over 50 feet long. The T-38 is highly maneuverable and can perform a variety of aerial maneuvers, including rolls, loops, and Immelmann turns. It is also equipped with a ejection seat, allowing the pilot to safely escape in the event of an emergency. The T-38 has been used by the USAF for over 50 years and is still in service today. 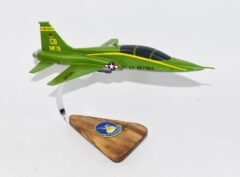 Fly with the 50th FTS “Strikin’ Snakes” 2020 in this hand crafted T-38 Talon Model. Each model is carved from wood and hand painted to provide a unique piece that will always be treasured. 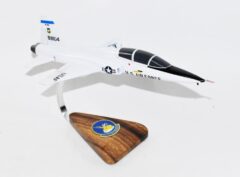 Fly with the 50th FTS Strikin Snakes 1970 in this hand crafted T-38 Talon Model. Each model is carved from wood and hand painted to provide a unique piece that will always be treasured. 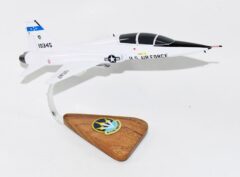 86th FTS T-38 Model Fly with the 86th FTS again in this handcrafted T-38 model. Each piece is carved from wood to provide a piece you’ll love. Length – 12 inches Made from Mahogany US Veteran Owned Business The 86th … Read More 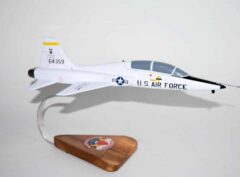 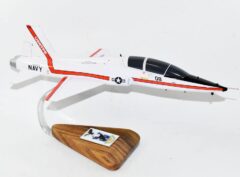 Fly with the US Navy Test Pilot School in this T-38C Model. Each model is carefully carved to provide a uniquely crafted piece that you’ll love! 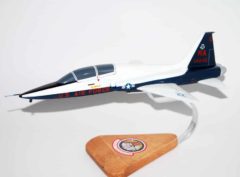 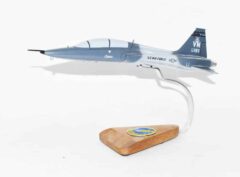 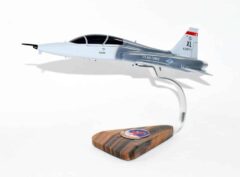 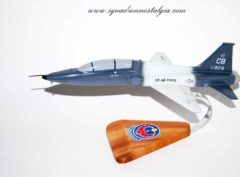 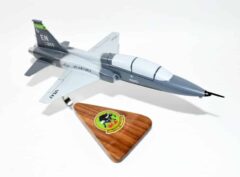 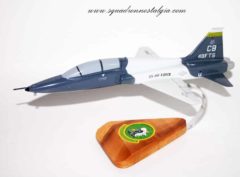 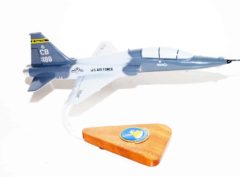 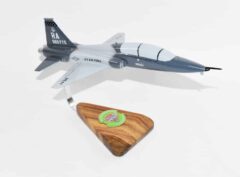 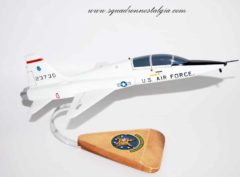 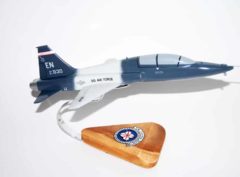 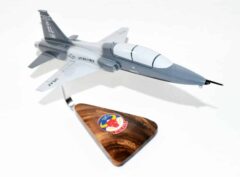 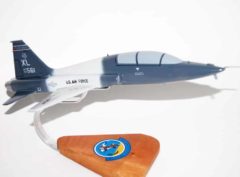