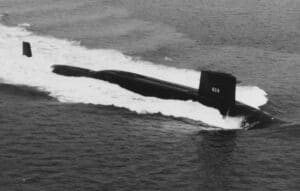 The Ethan Allen class of submarines was a class of Fleet Ballistic Missile (FBM) submarines that were built for the US Navy in the late 1950s and early 1960s. These submarines were designed specifically to carry the Polaris A-2 missile, and were the first submarines to be designed “from the keel up” as FBM submarines. They were similar in function to the George Washington class, but were longer and more streamlined, with only four torpedo tubes. In the early and mid-1970s, the Ethan Allens were upgraded to carry the Polaris A3 missile.

Due to the SALT II treaty, the Ethan Allen class submarines were refitted in the early 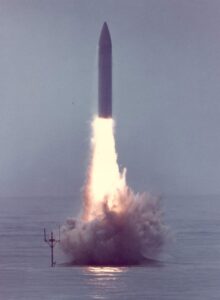 1980s and officially designated as SSNs (fast attack submarines). This involved the removal of their missile fire control systems and the filling of their missile tubes with concrete. Two of the submarines in the class, the Sam Houston and the John Marshall, were further converted to carry SEALs or other Special Operations Forces, and were equipped with dry deck shelters to accommodate SEAL Delivery Vehicles or other equipment. The Ethan Allen-class submarines were decommissioned between 1983 and 1992, and were disposed of through the nuclear Ship-Submarine Recycling Program from 1992 to 1999. 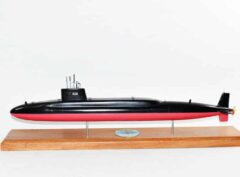 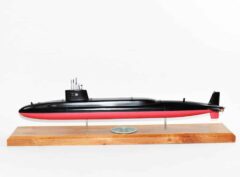 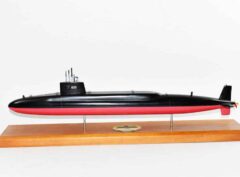 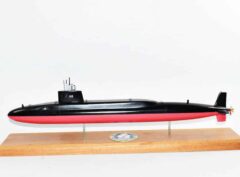 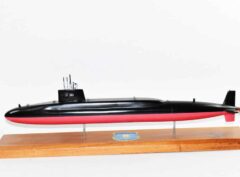