We create handcrafted A-1 Skyraider models. Each piece is carved from wood and handpainted to provide a piece you’ll love. Our artisans relying only on a few photos recreate these masters of the sky. We can create an heirloom piece for you or a family member.

The A-1 Skyraider, also known as the “Spad” after a World War 1 French fighter, was a versatile aircraft that saw service from the late 1940s to the early 1980s. Its unique and rugged design made it well-suited for low altitude attack, and it was widely used in conflicts such as the Korean and Vietnam Wars. The Skyraider was operated by various military branches, including the United States Navy, United States Marine Corps, and United States Air Force, as well as other countries like the British Royal Navy, French Air Force, and Republic of Vietnam Air Force. It underwent several updates and improvements during its service, with seven different versions produced, ranging from the AD-1 to the AD-7. The AD-5 version featured a widened design that allowed for two crew members to sit side-by-side, and the AD-5N was a four-seat night-attack version. The AD-6 was an improved version of the AD-4B with enhanced low-level bombing equipment. 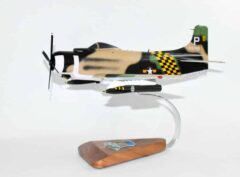 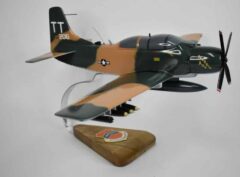 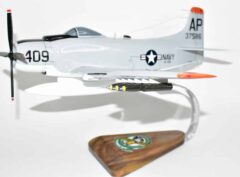 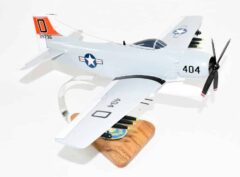 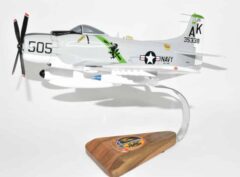 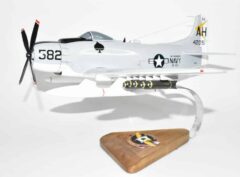 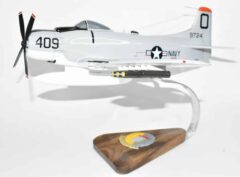 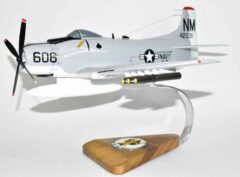 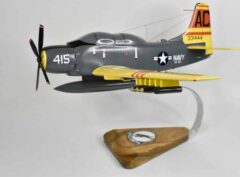 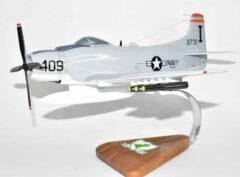 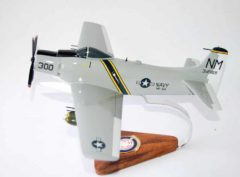 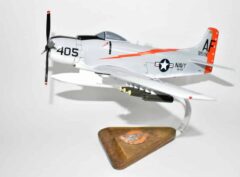 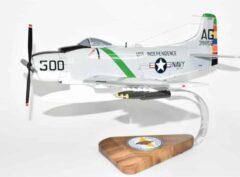 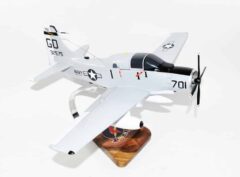 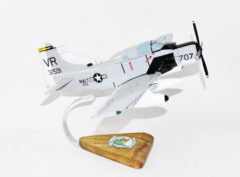 Fly with the VAW-13 Zappers in this handcrafted EA-1F Model. Each piece is carved from wood and handpainted to provide a piece you’ll love. 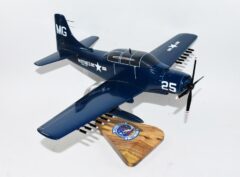 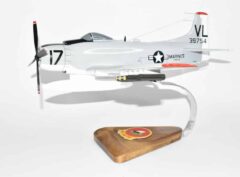 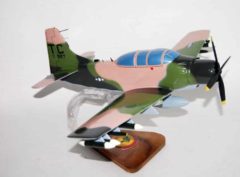 1st ACS/SOS A-1E Skyraider Fly with the 1st ACS/SOS in this hand crafted A-1E Skyraider Model. Each piece is carved from wood and hand painted to provide a piece you’ll love. The 1st conducted gunnery testing and training from 1939–1942. … Read More 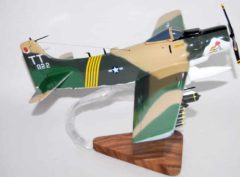 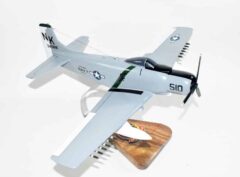 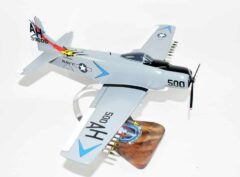 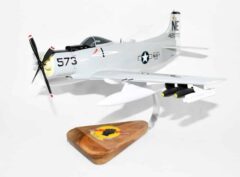 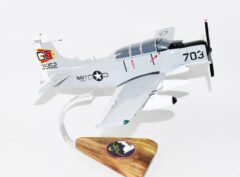 Fly with the Bats of VAW-12 in this hand crafted EA-1F model. Each model is carefully carved from wood and hand painted to provide a piece you’ll love. 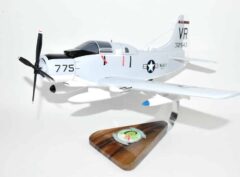 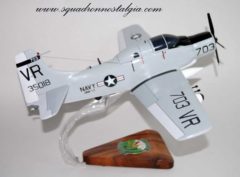 Fly again with the VAW-13 Zappers in this EA-1F Skyraider. Each model is a hand made wooden model that is carefully carved and painted to provide a unique product that truly shows custom craftsmanship! Wingspan – 18 inches. Shared by … Read More 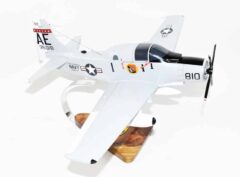