This wooden model of the B-1 Lancer bomber is a perfect addition to your mantel or desk, reminding you of the power and majesty of this iconic aircraft. Each model is individually crafted and handpainted, ensuring a one-of-a-kind piece that you will love.

The Rockwell B-1 Lancer is a supersonic, variable-sweep wing heavy bomber used by the United States Air Force (USAF). It is often referred to as the “Bone,” a nickname derived from its designation as the B-1. Along with the B-2 Spirit and the B-52 Stratofortress, the B-1 Lancer is one of three strategic bombers in the USAF fleet as of 2022.

The B-1 Lancer was originally conceived in the 1960s as a replacement for both the B-58 Hustler and the B-52 Stratofortress, combining the Mach 2 speed of the former with the range and payload capacity of the latter. After a series of design contests, Rockwell International (now part of Boeing) emerged as the winner with the B-1A model. This version had a top speed of Mach 2.2 at high altitude and the ability to fly long distances at low altitudes at Mach 0.85. However, the high cost of the aircraft, the introduction of the AGM-86 cruise missile, and work on the B-2 stealth bomber all contributed to the B-1 program being canceled in 1977, after the construction of B-1A prototypes.

The B-1 program was reinstated in 1981 due to delays in the B-2 stealth bomber program. The B-1A design was modified, with a reduced top speed of Mach 1.25 at high altitude, an increased low-altitude speed of Mach 0.96, upgraded electronic components, and a reinforced airframe that could hold more fuel and weapons. This updated version, known as the B-1B, began deliveries in 1986 and officially entered service with the Strategic Air Command (SAC) as a nuclear bomber that same year. All 100 aircraft had been delivered by 1988. 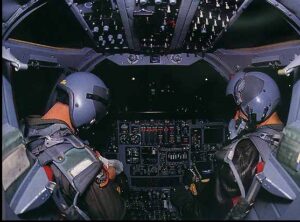 In 1992, with the disestablishment of the SAC and its reassignment to the Air Combat Command, the B-1B was converted for use in conventional bombing. It saw its first combat action during Operation Desert Fox in 1998 and again during the NATO action in Kosovo the following year. The B-1B has also supported U.S. and NATO military operations in Afghanistan and Iraq. As of 2021, the Air Force has 45 B-1Bs in its fleet.

The B-1 Lancer is scheduled to be phased out and replaced by the Northrop Grumman B-21 Raider starting in 2025, with all B-1s planned for retirement by 2036. 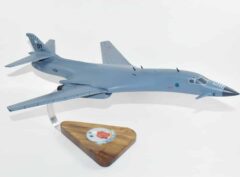 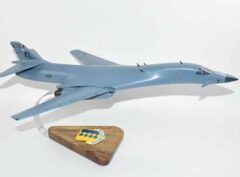 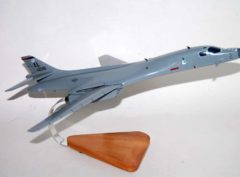 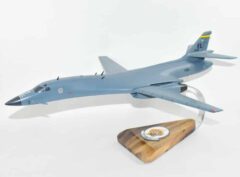 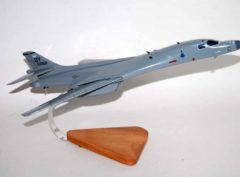