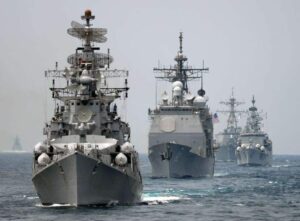 A destroyer is a fast, maneuverable, long-endurance warship intended to escort larger vessels in a fleet, convoy, or battle group and defend them against powerful short-range attackers. Before World War II, destroyers were light vessels with little endurance for unattended ocean operations; typically a number of destroyers and a single destroyer tender operated together. After the war, the advent of the guided missile allowed destroyers to take on the surface combatant roles previously filled by battleships and cruisers. This resulted in larger and more powerful guided missile destroyers more capable of independent operation.

Made from Mahogany.  Our standard sizes are 24 and 36 inches. 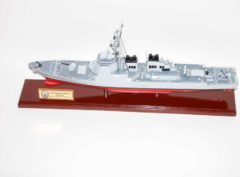 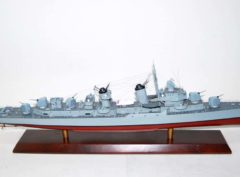 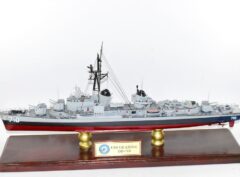 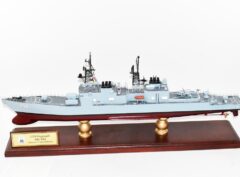 Fly off of the USS Ingersoll DD-990 Spruance Class Destroyer in this handcrafted wooden model. Each model is carved from wood and handcrafted to provide a piece you’ll love. 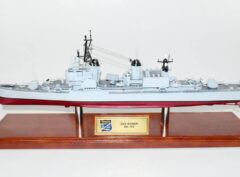 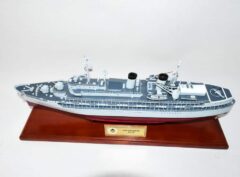 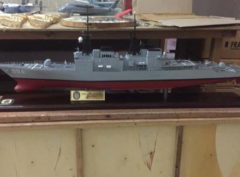