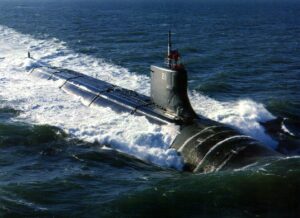 The Seawolf class is a type of nuclear-powered submarine used by the US Navy. It was intended to replace the Los Angeles class, with design work starting in 1983. The original plan was to build a fleet of 29 Seawolf submarines over a decade, but this was eventually reduced to just 12 vessels. The end of the Cold War and budget limitations led to the cancellation of further additions to the fleet in 1995, resulting in only three Seawolf submarines being built. The high cost of these submarines, around $3 billion each, made them the most expensive fast attack subs in the US Navy and the second most expensive submarines overall, after the French Triomphant-class ballistic missile subs. The cancellation of the Seawolf program led to the development of the smaller Virginia class.

he Seawolf class of submarines was designed to be the most advanced and stealthy fast attack submarines in the US Navy. They are equipped with advanced sonar systems, torpedoes, missiles, and mines, and are capable of operating in both shallow and deep waters. The Seawolf class is powered by a nuclear reactor, which allows them to operate for extended periods of time without needing to refuel. These submarines are also equipped with an 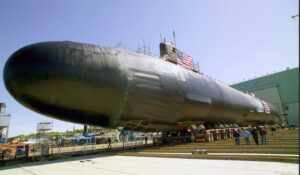 Air Independent Propulsion (AIP) system, which allows them to operate quietly while submerged. The Seawolf class is designed to be highly agile and maneuverable, making them well-suited for a variety of missions, including intelligence gathering, anti-submarine warfare, and special operations support. 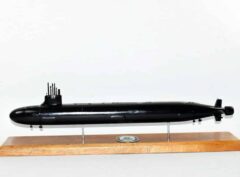 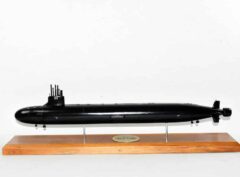 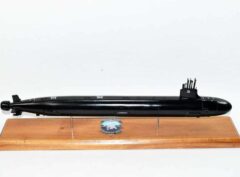