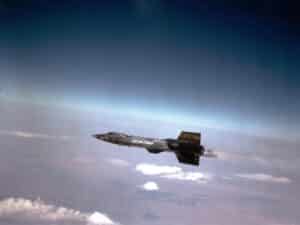 The North American X-15 was a research aircraft developed by the United States Air Force (USAF) and NASA in the 1950s and 60s. It was designed to explore the boundaries of high-speed and high-altitude flight and was one of the first aircraft to fly at hypersonic speeds.

Some of the notable features of the X-15 include:

Overall, the North American X-15 was a groundbreaking research aircraft that pushed the boundaries of high-speed and high-altitude flight and played a key role in the development of many technologies and techniques that are used in modern aviation and spaceflight.

Made from Mahogany / 18 inches 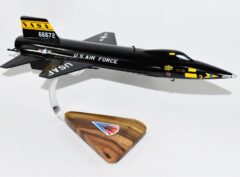