The Douglas TBD Devastator was a naval torpedo bomber of the United States Navy. It was ordered in 1934 and flew for the first time in 1935, entering service in 1937. At that time, it was considered to be the most advanced aircraft in the Navy and possibly any navy in the world. However, the rapid advancement of aircraft technology quickly made the Devastator obsolete, and by the time of the Japanese attack on Pearl Harbor, it was already out of date. The Devastator performed well in early battles, including the Battle of Coral Sea, but gained notoriety for its poor performance in the Battle of Midway, where 41 Devastators recorded zero torpedo hits and only six survived to return to their carriers. Outclassed in both speed and maneuverability by the Mitsubishi Zero fighters they faced, most of the Devastator force was destroyed, although they 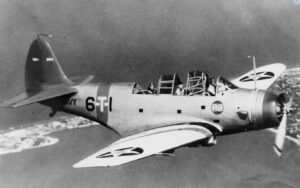 served as a distraction for the SBD Dauntless dive bombers that sank four carriers and a heavy cruiser. While much of the Devastator’s poor performance was later attributed to defects in the US Mark 13 torpedo, the aircraft was withdrawn from frontline service after the Battle of Midway and replaced by the Grumman TBF Avenger.You’ve probably heard of the infamous Douglas TBD Devastator.  It was a torpedo bomber that entered service in 1937, but it had some serious flaws. The Navy knew they needed to replace it with something better, so they started working on the Grumman TBF Avenger. Sadly, the ill fated VT-8 attack off the Hornet at the Battle of Midway to attack four Japanese carriers without protection against enemy fighters.  Only Ensign Gay survived.

Each piece is carved from wood and handpainted to provide a piece you’ll love. 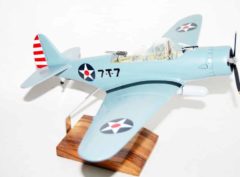 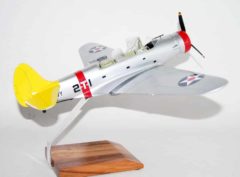 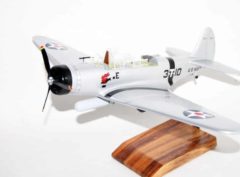 VT-3 USS Yorktown TBD Devastator Fly with USS Yorktown in the Torpedo Squadron VT-3 TBD Devastator. Each piece is carved from wood and hand painted to provide a piece you’ll love. In the early days of the Pacific war, the … Read More 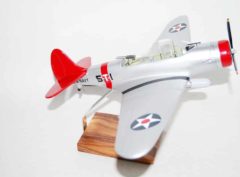 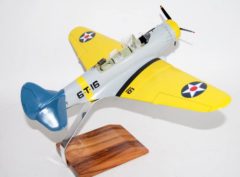 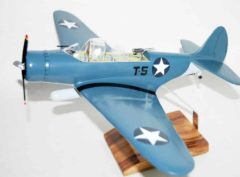