The F-106 Delta Dart was a supersonic interceptor aircraft developed by General Dynamics for the United States Air Force (USAF). It was the primary all-weather interceptor aircraft of the Air Defense Command (ADC) during the 1960s and 1970s. The F-106 was designed to intercept and destroy enemy aircraft at high altitudes and high speeds, and it was equipped with radar, missiles, and a powerful afterburning turbofan engine.

The F-106 first entered service in 1959, and it quickly became the mainstay of the ADC’s interceptor force. It was used extensively in the contiguous United States, Alaska, and Iceland, as well as in Germany and South Korea for brief periods. Despite its impressive performance, the F-106 never saw combat, and it was 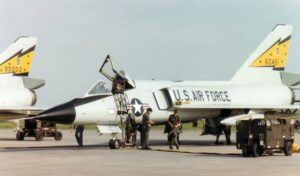 eventually replaced by newer aircraft in the 1980s. In total, over 300 F-106s were built, and they served with distinction in the USAF for almost three decades.

The F-106 was a popular aircraft with its pilots, who appreciated its excellent performance and handling characteristics. It was known for its superior high-altitude turn performance and overall maneuverability, and it was a formidable opponent in air-to-air combat. Despite its impressive capabilities, the F-106 was eventually retired from service due to advances in technology and the changing nature of the threat environment. Today, it is remembered as one of the most capable interceptor aircraft of its era, and it remains an important part of aviation history.

18 inches long.  Made from Mahogany. 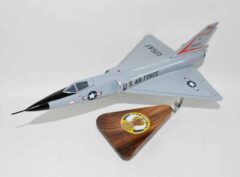 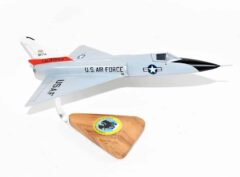 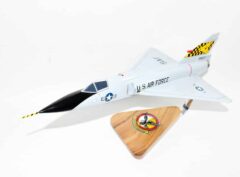 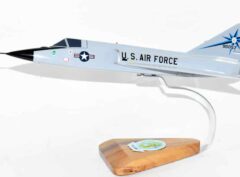 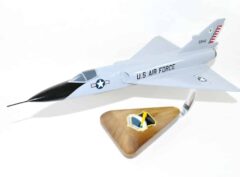 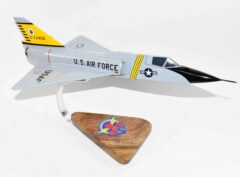 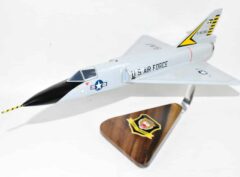 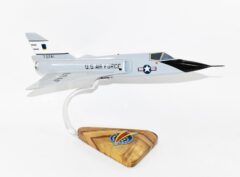 Fly with the 48th FIS TAZLANGLIAN DEVILS 1972 in this hand crafted F-106A Model. Each model is carved from wood and hand painted to provide a unique piece that will always be treasured. 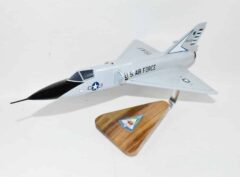 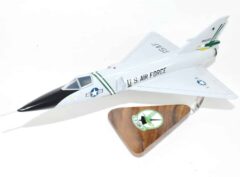 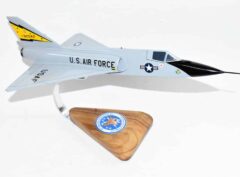 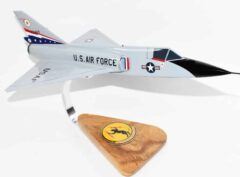 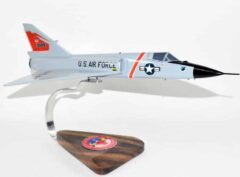 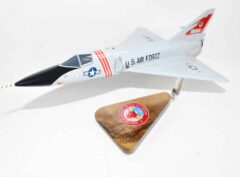 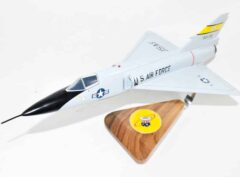