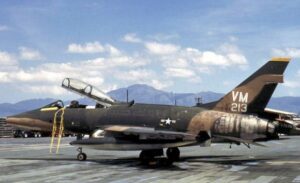 The North American F-100 Super Sabre was an American supersonic jet fighter aircraft that served with the United States Air Force (USAF) from 1954 to 1971 and with the Air National Guard (ANG) until 1979. It was the first American aircraft to exceed the speed of sound in level flight, and it was designed to be a high-performance interceptor and air superiority fighter.

The F-100 served in a number of conflicts during its operational life, including the Vietnam War, where it was used primarily as a ground attack aircraft. It was also used in a number of other conflicts, including the Gulf of Sidra incident in 1981 and the Operation Desert Storm in 1991. The F-100 was retired from active service in 1971, but it continued to serve with the ANG until 1979. Today, a number of F-100s are on display in museums around the world, and they are a popular subject for aviation enthusiasts. 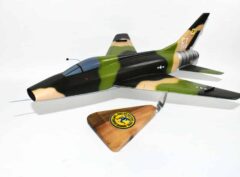 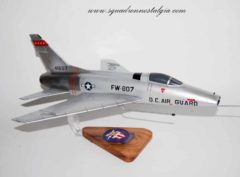 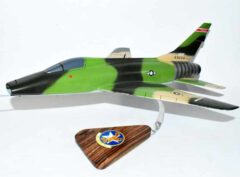 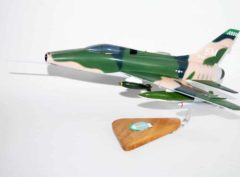 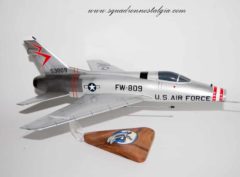