Fly with the 968th Airborne Air Control Squadron in this handcrafted E-3 Sentry model. Each piece is carved from wood and handpainted to provide a piece you’ll love.

The 968th Expeditionary Airborne Air Control Squadron is a provisional unit of the United States Air Force. It has been activated twice during the Global War on Terror.

The first predecessor of the 968th is the 858th Bombardment Squadron, first activated in October 1943 as a Consolidated B-24 Liberator heavy bomber unit. After deploying to England, the squadron entered the strategic bombing campaign against Germany, but was transferred to VIII Composite Command in June 1944, where it replaced the 422d Bombardment Squadron on special operations, dropping propaganda leaflets over Occupied Europe. In August 1944, the 492d Bombardment Group, which had suffered the most severe losses of an Eighth Air Force bomber group was withdrawn from combat 858th began to engage in Operation Carpetbagger, dropping agents and supplies behind German lines, primarily in France. As American forces advanced in France during September 1944, this special operations mission diminished, but operations resumed in Germany during the last months of the war.

The 968th’s other predecessor is the 658th Bombardment Squadron, which flew Boeing B-47 Stratojets from 1958 to 1962 during the Cold War. The two squadrons were consolidated in 1985 as the 968th Airborne Warning and Control Squadron, and were converted to provisional status as the 968th Expeditionary Airborne Air Control Squadron in 2002.

The squadron was first organized in October 1943 at Alamogordo Army Air Field, New Mexico, as one of the original squadrons of the 492d Bombardment Group. Its cadre was drawn from the 859th Bombardment Squadron, a former antisubmarine unit whose mission had transferred to the Navy.[3] By January 1944, most of the ground echelon of the squadron had been used to form other bomber units. 2d Bombardment Division, which controlled VIII Bomber Command’s Liberator units in England, began to form a new ground echelon for the squadron from personnel of bomber units already in England,[4] while the air echelon of the 858th continued training at Alamogordo. The air echelon began to depart Alamogordo on 1 April 1944, following the southern ferry route, while the few remaining members of the ground echelon departed on 11 April, sailing on the RMS Queen Elizabeth on 20 April.

On 14 April, the ground echelon that had been formed in England arrived at RAF North Pickenham[note 2] The air echelon began arriving on 18 April.[4] The squadron flew its first combat mission on 11 May 1944, joining the strategic bombing campaign with attacks primarily on targets in central Germany. During the first week in June, the squadron was diverted from strategic targets to support Operation Overlord by attacking airfields and V-1 flying bomb and V-2 rocket launch sites. It bombed coastal defenses in Normandy on D-Day, 6 June 1944, and continued interdiction attacks until the middle of the month.

On 18 June the squadron moved without personnel or equipment, to RAF Cheddington, where it assumed the night leaflet operations that had been performed by the 422d Bombardment Squadron. Only a cadre of the 858th actually transferred, and the squadron was filled out by veterans of the 422d, who joined on 24 June. On leaflet missions, called Nickling, squadron aircraft would fly at high level and drop cardboard canisters with leaflets that would explode at 2–3000 feet above ground level to disperse the materials. The squadron lost one aircraft on these missions. This was the first loss for the Eighth Air Force night leaflet squadron and all ten crewmembers were lost.

The 858th Squadron returned to the 492d Group in early August, but at RAF Harrington, where it assumed the Operation Carpetbagger missions of the 406th Bombardment Squadron,[9] which became the night leaflet squadron in the equivalent of a swap in unit identity. With the 492d Group, the squadron flew 131 Operation Carpetbagger missions by the middle of September.[10] With black-painted aircraft configured with engine flame dampeners and optimized for night operations, the group operated chiefly over France with B-24’s and C-47’s, transporting agents, supplies, and propaganda leaflets to patriots. As Allied forces moved forward through northern France and into Belgium, the need for Carpetbagger missions decreased and operations ended on 16 September 1944.] The squadron’s support for the French Resistance earned it the French Croix de Guerre with Palm. With the drawdown of the Carpetbagger mission, the squadron concentrated on hauling gasoline to advancing mechanized forces in France and Belgium. After December 1944, the squadron began limited night bombing operations.

The squadron resumed limited special operations when some of its crews began operations from Dijon Airfield, France on 19 March 1945, flying agents into Germany under the names Operation Red Stocking and Operation Skywave. These operations continued until 26 April 1945. The squadron left England for the United States in July 1945. In August 1945 it began to reform at Kirtland Field, New Mexico as a Boeing B-29 Superfortress very heavy bomb squadron, however it became unnecessary when the Pacific War ended and it was inactivated on 17 October 1945.

Strategic Air Command
From 1958, the Boeing B-47 Stratojet wings of Strategic Air Command (SAC) began to assume an alert posture at their home bases, reducing the amount of time spent on alert at overseas bases. The SAC alert cycle divided itself into four parts: planning, flying, alert and rest to meet General Thomas S. Power’s initial goal of maintaining one third of SAC’s planes on fifteen minute ground alert, fully fueled and ready for combat to reduce vulnerability to a Soviet missile strike. To implement this new system, B-47 wings reorganized from three to four squadrons. The 658th Bombardment Squadron was activated at Mountain Home Air Force Base as the fourth squadron of the 9th Bombardment Wing.[16] The SAC alert commitment was increased to half the wing’s aircraft in 1962 and the four squadron pattern no longer met the alert cycle commitment, so the squadron was inactivated on 1 January 1962.

Expeditionary Operations
The 968th was converted to provisional status and redesignated the 968th Expeditionary Airborne Air Control Squadron in late January 2002. It was assigned to Air Combat Command (ACC) to activate or inactivate as needed. ACC activated the squadron at Thumrait Air Base, Oman and equipped it with the Boeing E-3 Sentry in December to provided early warning of enemy activity and to control friendly aircraft over the Gulf area in December 2002, inactivating it in May 2003.

It was again activated with the E-3 to provide airborne warning and air control in 2013, when it replaced the 963d Expeditionary Airborne Air Control Squadron at Al Dhafra Air Base, United Arab Emirates. The 963d was the last of several units that had rotated to perform the warning and control mission at Al Dhafra, but United States Air Forces Central Command believed that keeping an enduring unit there would provide greater stability to Operation Inherent Resolve missions. On 21 November 2015, the squadron flew the first combat mission using the E-3G Block 40/45, equipped with upgraded hardware and software. 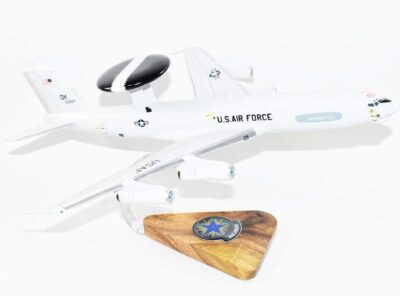 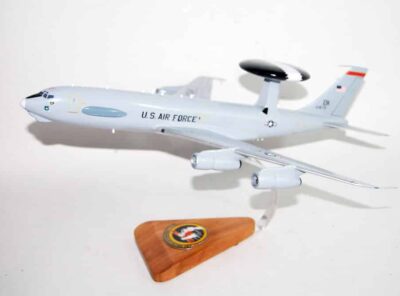 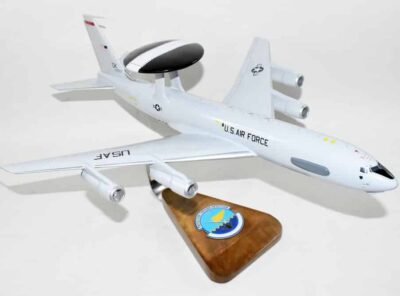 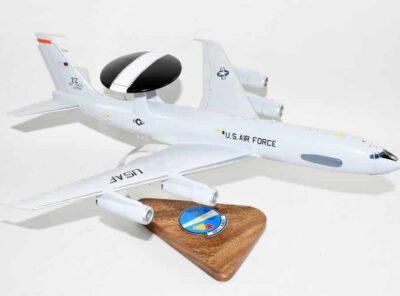 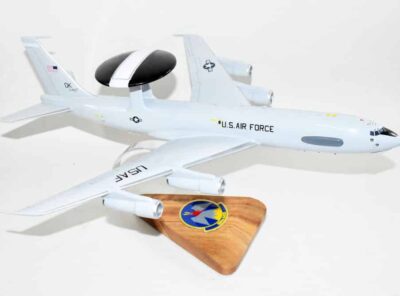 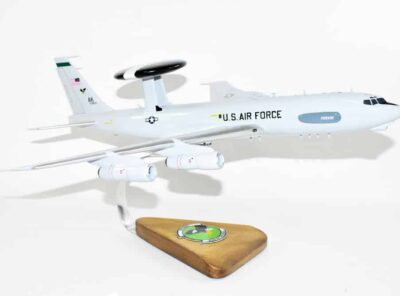 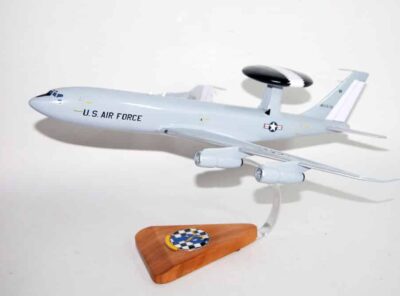