A beautifully carved 18 inch solid wood F-14 Tomcat with moveable swept wings of the VX-23 Salty Dogs! Each model is carefully carved by master craftsmen and then meticulously painted to give a perfect piece of art!

The squadron was established in on 22 July 1995 as the Naval Strike Aircraft Test Squadron and redesignated VX-23 on 1 May 2002.[1] During the years VX-23, has tested and evaluated fixed-wing fighter, attack and other designated aircraft including EA-6B, F-14, F/A-18 and T-45. Recently, VX-23 have hosted and provided Flight Test Aircrew for the new Joint Strike Fighter X-32 and X-35 concept demonstration aircraft as well as the X-31 VECTOR test vehicle.

The squadron consists of about 40 officers and 90 enlisted drawn from the US Navy and US Marine Corps and also 340 contractor and civil servant personnel involved with maintenance, planning and safety oversight. These people support the squadron’s 40 F/A-18A-G, EA-6B and T-45 aircraft. Additionally the squadron is supported by hundreds of flight test engineers provided by NAVAIRSYSCOM 5.1.6 (Test and Evaluation Engineering) and various other contractors. The squadron conducts over 2,600 flight operations every year which sums up to roughly 3,500 flight hours, much of which involves high-risk flight test. VX-23 conducts operations from a facility that includes three large hangars and also operates and maintains a TC-7 catapult and MK-7 arresting gear facility. 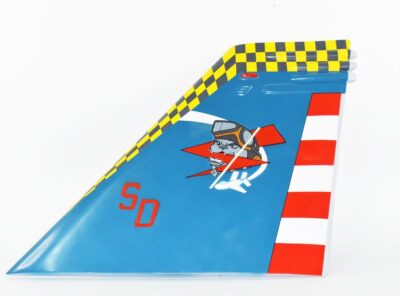 A carefully crafted and painted 20 inch wooden tail of the VX-23 Salty Dogs. 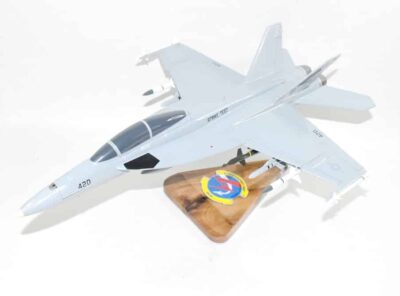 VX-23 Salty Dogs F/A-18F Model Fly with VX-23 and the Salty Dogs in this handcrafted F/A-18F model. Each piece is carved from wood and handpainted to provide a piece you’ll love. Length – 18 inches. Air Test and Evaluation Squadron … Read More 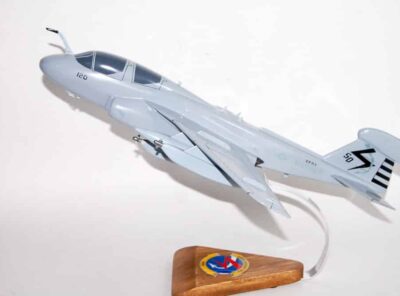 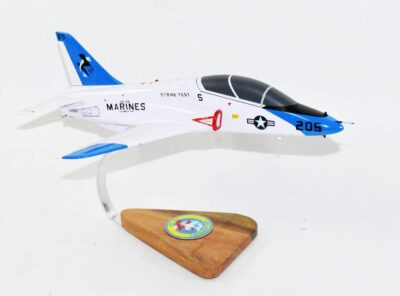 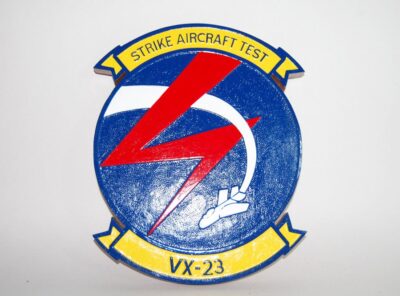 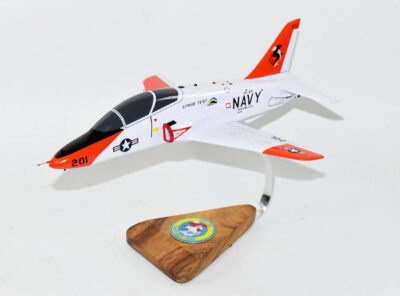 Fly with the VX-23 Salty Dogs in this hand crafted T-45A Model. Each model is carved from wood and hand painted to provide a unique piece that will always be treasured. 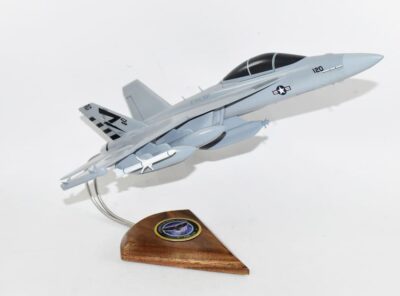 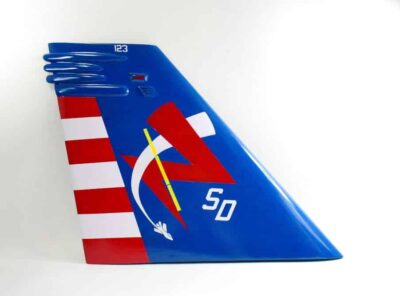