Fly with the VU-1 again with this F-8 Crusader model. Each model is carefully carved from wood and expertly painted to provide a unique and treasured piece.

VU-1’s history began on 20 July 1951; when Utility Squadron One was established at Naval Air Station Barbers Point, Hawaii in response to demands of the Korean War. VU-1 provided training and support for fleet units in the 14th Naval District From its beginning, the second VU-1 assumed the traditions of its Pacific Fleet utility unit predecessor, VJ-1.VJ-1 was established 5 October 1925 at NAS San Diego, California and moved to BP July 47, disestablished 30 April 1949. With the end of WW II, Barbers Point served as a demobilization center for more than 6,000 personnel leaving for civilian life. During the late 1940s, the station was the beneficiary of a consolidation of naval aviation facilities on the leeward side of the island. Barbers Point absorbed MCAS Ewa in 1952 as Marine Corps units were shifted to Kaneohe Bay, which had been closed as an NAS in 1949. NAS Honolulu was reduced to an OLF for seaplanes and operations at Ford Island were reduced. The Coast Guard aircraft at Kaneohe Bay were moved to Barbers Point.

The outbreak of hot war in Korea in 1950 and the chills of the cold war increased activity at Barbers Point. Patrol Squadron (VP) 6, which brought the first P2V Neptune patrol planes to Hawaii, deployed to Japan and engaged in combat. The mid-1950s brought WV-2 (later EC-121K) Warning Stars to Barbers Point. These aircraft were operated by Airborne Early Warning Squadrons 12 and 14, which were merged in 1960 to form Airborne Early Warning Barrier Squadron, Pacific. These aircraft maintained a continuous distant early warning barrier patrol over the Pacific until June 1965.

Construction of an airfield west of Ewa began in November 1941, but was temporarily suspended after the Japanese attack on Pearl Harbor so that construction crews could rapidly complete Ewa. Barbers Point–originally intended as an OLF for NAS Ford Island in Pearl Harbor–was still not complete when it was established as a naval air station on 15 April 1942 with 14 officers and 242 enlisted personnel.

The new air station quickly became a hub of aviation activity as the Navy amassed forces in Hawaii to carry the war across the Pacific. Base operations centered on working up carrier air groups and squadrons for deployment to combat operations farther west. Carrier Air Service Unit 2 was assigned to the station to support the hosted squadrons.

Barbers Point’s level of activity grew steadily during the war. By the end of WW II, the NAS was home to almost 13,000 personnel. The station hosted a combat aircrew training unit which instructed pilots in aerial gunnery and a repair department that overhauled thousands of aircraft engines.

The Navy’s most recent VU-1 began in 1951, when Utility Squadron One VU-1) was established at NAS Barbers Point, Hawaii. From its beginning, the second VU-1 assumed the traditions of its Pacific Fleet Utility unit predecessor. 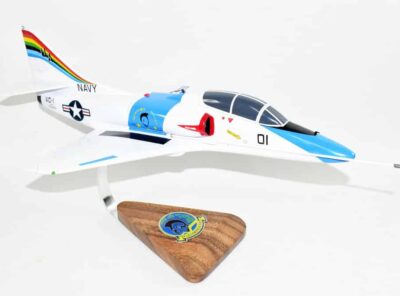 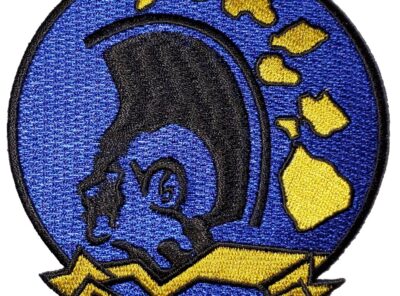