Solo with the Red Knights in this hand crafted T-28B model. Each piece is carved from wood and hand painted to provide a piece you’ll love!

Training Squadron Three (VT-3)
With World War II raging in both the Atlantic and Pacific Oceans and the demand for trained pilots at its peak, the first squadron to bear the name Training Squadron Three was created. On February 15, 1943 (one week after the beginning of the massive air raids against Bougainville and Rabaul in the Solomon Islands) Training Squadron Three Detachment 8-B (VN3D8-b) was organized under the command of LT Thomas Bradbury USN at Saufley Field, Pensacola, Florida. VN3D8-B was relocated to Whiting Field, Milton, Florida on July 1, 1943 and was later joined by VN3D8-a from Chevalier Field to form Training Squadron Three. (Interesting to note, naval training squadrons during the Second World War were identified by the designator “VN”. The “VT” designator, used by current Naval training squadrons, was used to denote Torpedo Bomber squadrons.) Throughout the costly struggle with the Axis forces, Training Squadron Three continued to train pilots in order replace those lost in combat/training operations and to man the units which would be needed for the final campaigns against the Japanese mainland. On Sept. 2, 1945, following months of punishment by American forces, the Japanese military government signed the terms of surrender, and the struggle which had claimed the lives of millions came to a sudden halt. Eighteen months later in 1947, with little need for multiple training squadrons with which to train an enormous invasion force, VN-3 was decommissioned. VN-3 took its place in annals of Naval History as a squadron which took great pride in preparing the cream of America’s youth for the defense of this nation and its ideals.

The current Red Knights of Training Squadron Three picked up the torch lit by their predecessors on May 1, 1960 and continued the legacy of “Training the Best for America’s Defense”. On that day Training Squadron Three (VT-3) was commissioned at South Whiting Field. Although the country was not at war (the Vietnam War would not reach its height until 8 years later) the squadron was tasked–utilizing the T-28 Trojan — to prepare a younger generation of student naval aviators in radio instruments, formation flying, and air-to-air gunnery.

In 1965, the air-to air gunnery was discontinued and flight familiarization and basic instrument training were added in its place. In 1968, at the height of the Vietnam War, VT-3 was at its peak in size and consisted of 174 instructors, 494 students, 649 enlisted and 162 T-28 aircraft. By the end of 1968, VT-3 had flown almost 110,000 instructional hours and trained 902 students in the basic prop-training course for that calendar year. These figures represent the record for any training squadron in the history of the Naval Air Training command. With the Vietnam War decreasing in intensity in the early 70’s, VT-3, like most other military commands, began to downsize.

VT-3 remained at South Whiting Field for thirteen years until 1973, when the squadron joined VT-2 at North Whiting Field to make room for newly formed helicopter training squadrons at South Field. The squadron has remained in these spaces since. Although the squadron hasn. t moved locations for the past 27 years, it has undergone some significant changes. In April of 1977, VT-3 began the official transition from the T-28 Trojan to the T-34C Turbo Mentor. In addition, the squadron began to utilize extensive simulated flight instruction and introduced the Cockpit Procedure Trainer into the training syllabus. The first student completed the new T-34C syllabus in Aug 1978.

In 1980, Training Squadron Three became the only one of the primary fixed wing training squadrons to be alternately commanded by a Navy and Marine Corps officer. LtCol G.A. Brown was the first Marine Corps Commanding Officer from 1980-1981.

The Red Knights of Training Squadron Three continue to provide the highest quality training to student aviators from the Navy, Marine Corps, Coast Guard, Air Force, and several allied nations. Each student is instructed in day and night familization, precision aerobatics, basic and radio instruments, and primary and intermediate formation. Upon completion of their training, students are selected for further training in the naval helicopter, maritime, strike, or E-2/C-2 communities, and the USAF fighter/bomber, tanker/transport, or helicopter communities. Each of the approximately 65 flight instructors, 4 enlisted, and 11 civilian personnel assigned to VT-3 take great pride in being an integral part in the training of student aviators. Their combined effort has been responsible for approximately 22,000 flight hours and the successful completion of over 212 primary and 190 intermediate students per year 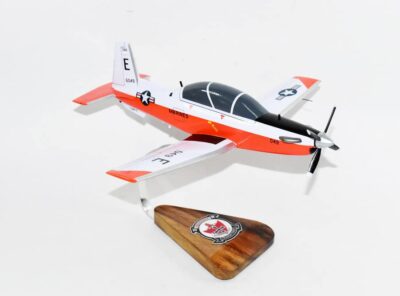 VT-3 Red Knights (Marines) T-6b Model 12 inch model of the T-6b of the VT-3 Red Knights- a first for many a Naval Aviator. Makes the perfect gift post solo! Length – 12 inches Made from Mahogany US Veteran Owned … Read More 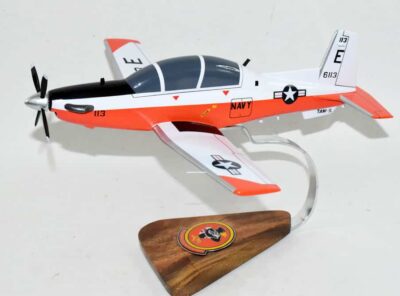 VT-2 Doerbirds T-6b (Navy) Model A 12 inch T-6b model  of the VT-2 Doerbirds- a first for many a Naval Aviator.  This model is a must have for any Naval Aviator and makes the perfect gift after soloing! Training Squadron … Read More 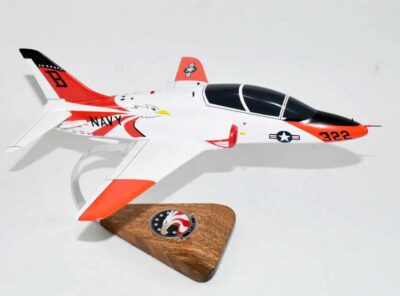 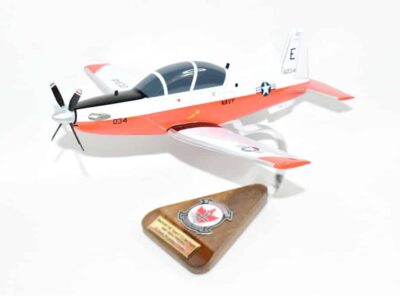 VT-3 Red Knights (034 Navy) T-6b 12 inch model of the T-6b of the VT-3 Red Knights- a first for many a Naval Aviator. Makes the perfect gift post solo! *Pictures shown may or may not be exact model shipped.  … Read More 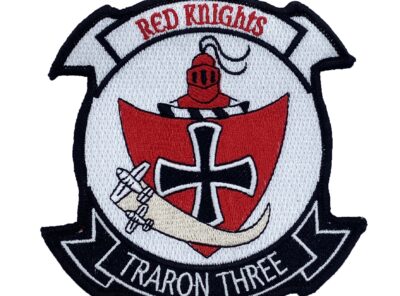