Fly with the VR-22 MATS again in this handcrafted C-118A Liftmaster (DC-6A) Model. Each model is carved from wood and handpainted to provide a piece you’ll love.

VR-22’s primary mission was to carry out medium-lift logistics flights in support of the U.S. Sixth Fleet in the Mediterranean. Its roles included parachutist and cargo dropping, as well as medical evacuation. In 1985, the squadron acquired two KC-130F tankers from the Marine Corps. 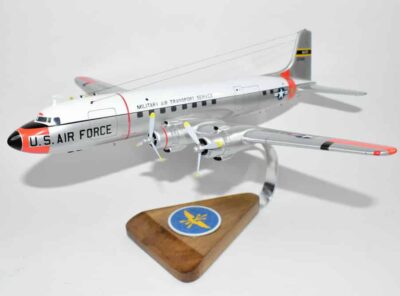 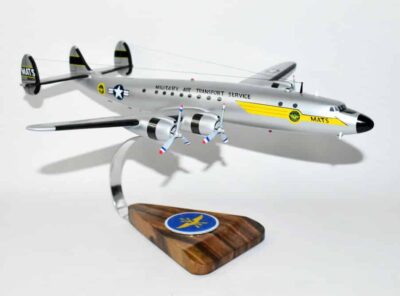 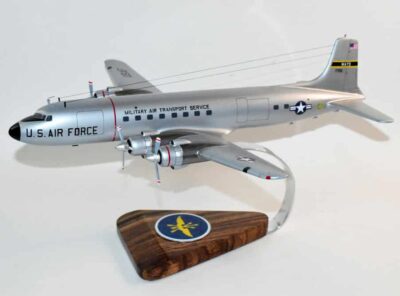