A squadron patch of the VP-69 Totems with plastic backing.

The squadron’s current insignia was approved by CNO on 8 July 1971. The complex, but rather original design is comprised of a circle divided into two curved halves like the Asian Yin and Yang. One side is light blue, and the other dark blue, providing a stylistic representation of the numerals 69. On the dark night side, stars form the constellation of Orion, the hunter, representing both the squadron’s mission and the name of its aircraft. Orion is also the name of the aircraft assigned to the squadron. The day side of the circle contains a silhouette of an aircraft being led by three stars located above the constellation
Orion. The slipstream of the aircraft extends into the water area of the lower segment of the circle. This signifies the hunter aspect of the squadron mission as depicted by the submarine silhouette in black. Colors: night side, dark blue; day side, light blue; aircraft, slipstream and stars, white; constellation Orion stars, white; submarine, black;
Nicknames: Totems, 1984–present. 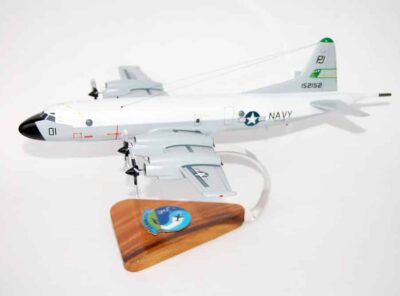 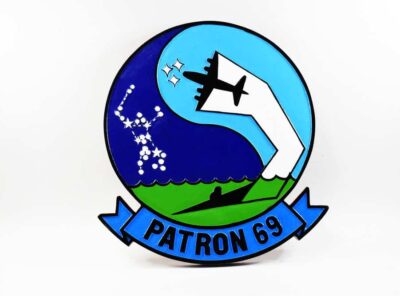 VP-69 Totems Plaque A hand crafted 14 inch plaque of the VP-69 Totems. Each plaque is carved from Mahogany and handpainted to provide a piece you’ll love! Established as Patrol Squadron SIXTY NINE (VP-69) on 1 November 1970. The squadron’s … Read More 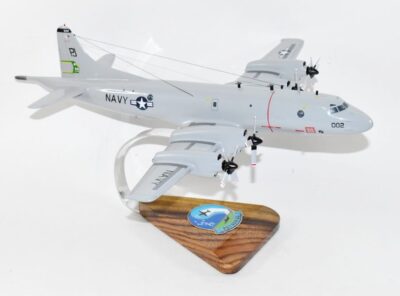 Recreate a memorable flight with this 18 inch P-3c model of the VP-69 Totems.  Each model is carefully carved from Mahogany and then painted to mimic classic paint schemes, so that you can always remember that certain flight! 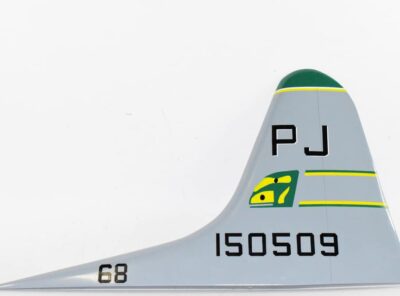 A hand crafted 20 inch Tailflash plaque of the VP-69 Totems P-3.  Each piece is carved from Mahogany and handpainted to provide a piece you’ll love!