Fly with the VMFA(AW)-332 Moonlighters in this hand crafted F/A-18D model. Each model is carved from wood and hand painted to provide a unique piece you’ll love.

VMFA(AW)-332 Marine All Weather Fighter Attack Squadron 332 was a United States Marine Corps F/A-18 Hornet squadron. Also known as the “Moonlighters”, the squadron was based at Marine Corps Air Station Beaufort, South Carolina as part of Marine Aircraft Group 31 (MAG-31), 2nd Marine Aircraft Wing (2nd MAW). The squadron flew its last flight in the F/A-18 Hornet on March 30, 2007. At the time of their deactivation, they held the longest streak of mishap-free flight hours for a tactical jet squadron at 109,000 hours.

History
World War II
Marine All Weather Fighter Attack Squadron 332 was commissioned in June 1943 at the newly constructed Marine Corps Air Station Cherry Point, North Carolina. Originally designated as Marine Scout Bomber Squadron 332 (VMSB-332) the squadron flew SBD Dauntless dive bombers out of Cherry Point and Bogue Field, North Carolina and Mojave, California before departing for the Pacific Theatre during World War II. After a brief stay in Ewa, Hawaii, the squadron located to Midway Island. Its mission was to escort and provide air cover for all incoming and outgoing surface craft and submarines. In July 1944, the squadron relocated back to Ewa, where it would remain until after the war. On March 1, 1945, the squadron would make the first of four changes in squadron designations. Re-designated Marine Torpedo Bombing Squadron 332 (VMTB-332), the squadron transitioned to the TBM Avenger. After the war, 332 relocated to San Diego in November 1945 for deactivation. 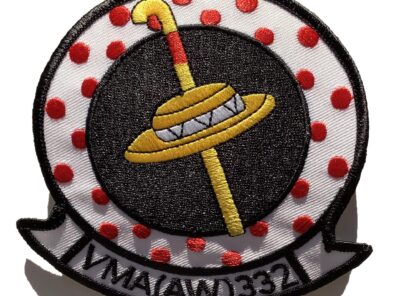 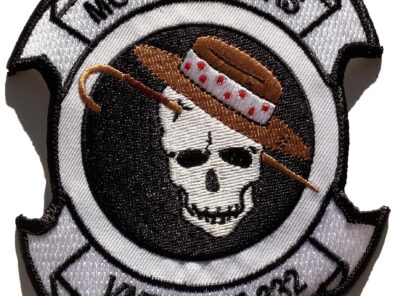 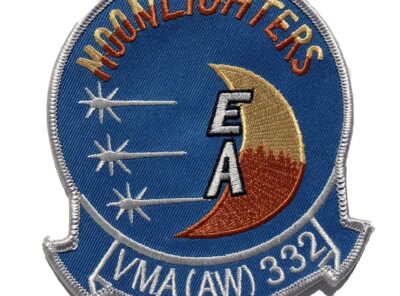