Proudly display this 18 inch wooden model of the VMA(AW)-533 A-6 Intruder.  Each model is carefully carved and painted by master craftsman.  This is perfect for the goat locker or office and will provide a perfect aid for aviator told stories!

The Vietnam War
Soon after transitioning to the A-6, VMA(AW)533 deployed to Chu Lai Air Base, Republic of Vietnam to support combat operations. They remained there from 1967 to 1969, then redeploying to Marine Corps Air Station Iwakuni, Japan. All told, VMA(AW)-533 accumulated over 10,000 combat sorties in these busy years, garnering them the Commandant’s Aviation Efficiency Trophy. In one noted incident, on October 25, 1967, three A-6A Intruders from VMA(AW)-533 attacked the Phúc Yên Air Base outside of Hanoi and the action was so intense all three pilots were awarded the Navy Cross. These pilots were among the few aviators to receive Navy Crosses awarded to fixed wing pilots during the Vietnam War.[4] 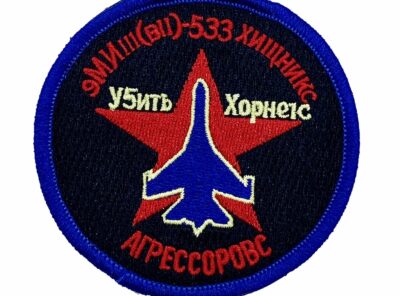 A 4″ with Hook and Loop Squadron Patch of the VMFA-533 Hawks Aggressor . 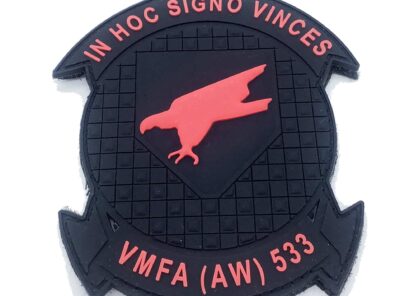 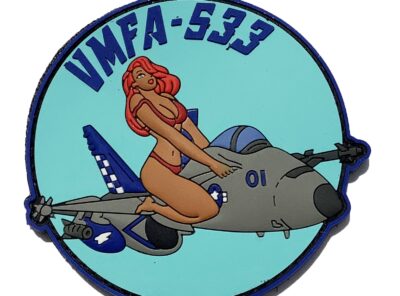 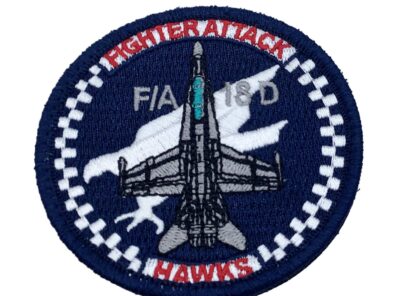 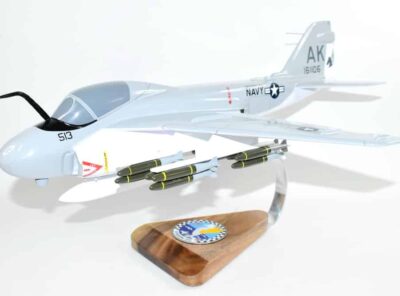 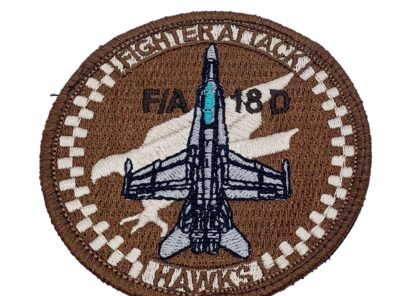 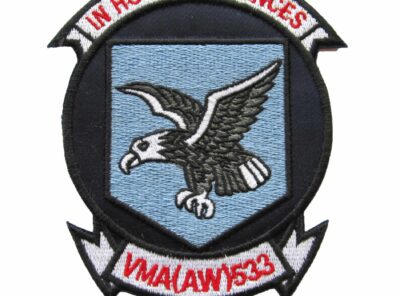 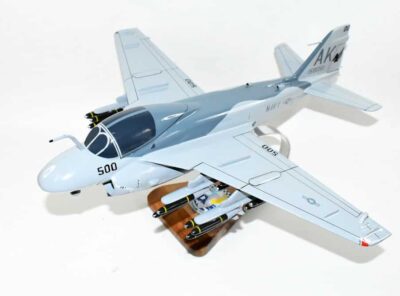