Fly with the VFA-146 Blue Diamonds in this hand crafted FA-18E Model. Each model is carved from wood and hand painted to provide a unique piece that will always be treasured.

Attention all aviation enthusiasts! Introducing the VFA-146 Blue Diamonds 2019 FA-18E Model, hand-crafted and expertly carved from mahogany wood. This beautiful 1/40th scale model is a must-have for any collector, accurately representing the naval fighter/attack aircraft flown by the Blue Diamonds.

At 18 inches in length, this model is a perfect size for display on a shelf, desk, or in a cabinet. The intricate details and hand-painted finish make it a truly one-of-a-kind piece that will be treasured for years to come.

Not only is this model a stunning addition to any collection, but it also supports a US veteran-owned business. Don’t miss out on the opportunity to own a piece of aviation history. Add the VFA-146 Blue Diamonds 2019 FA-18E Model to your cart today!

VFA-146, also known as the Blue Diamonds, is a strike fighter squadron of the United States Navy based at Naval Air Station Lemoore in California. The squadron flies F/A-18E Super Hornet aircraft as part of Carrier Air Wing 17, which is deployed on the USS Nimitz. The Blue Diamonds are identified by the tailcode “NA” and the radio callsign “Diamond”. The squadron’s original insignia, approved in 1956, consisted of two concentric circles with a yellow mach wave symbol and a yellow globe depicting North and South America. The Blue Diamonds were originally known as the Blacktails, a reference to the black color assigned to their position in the air group. The nickname Blue Diamonds was adopted by the squadron in the late 1950s, and in 1968, the squadron updated their insignia to match their nickname and simplify its design. The current insignia was approved on August 29, 1968. 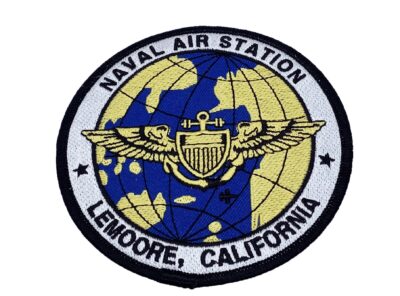 Fly with the VFA-146 Blue Diamonds in this hand crafted F/A-18C 1999 Model. Each model is carved from wood and hand painted to provide a unique piece that will always be treasured.