fly with the Red Rippers of VFA-11 in this handcrafted Mahogany model circa 2021. You’ll treasure the details and craftsmanship of F/A-18F model.

Strike Fighter Squadron 11 (VFA-11) is a United States Navy strike fighter squadron stationed at Naval Air Station Oceana, Virginia, United States. The squadron was established in 1950 and is nicknamed “Red Rippers” (call sign “Ripper”). VFA-11 is equipped with the Boeing F/A-18F Super Hornet and currently assigned to Carrier Air Wing One.
VF-11, later renamed VFA-11, was a US Navy strike fighter squadron that operated various aircraft, including the F-14 Tomcat and F/A-18 Super Hornet. In 2000, the squadron deployed aboard the USS Dwight D. Eisenhower in support of Operation Southern Watch. In the aftermath of the September 11 attacks, VF-11 emergency sortied all of its aircraft aboard the USS John F. Kennedy to support Operation Noble Eagle. In early 2002, the squadron deployed to support Operation Enduring Freedom and employed the first JDAM bombs from F-14s in combat on March 11, 2002. In 2004, VF-11 deployed for the last time with the F-14 aboard the USS George Washington in support of Operation Iraqi Freedom, participating in the bombing of Fallujah. In 2005, the squadron delivered its F-14s to the “boneyard” at Davis-Monthan Air Force Base and began transition training to the F/A-18 Super Hornet, completing the process in November of that year. In 2006, VFA-11 deployed to the Caribbean Sea as part of Carrier Air Wing Seventeen, and in 2007, it transferred to Carrier Air Wing Three and deployed with the USS Harry S. Truman to the Persian Gulf. In 2011, VFA-11 joined Carrier Air Wing One on board the USS Enterprise for a deployment supporting Operation Enduring Freedom in the US 5th Fleet area of responsibility. Following the retirement of the USS Enterprise in 2012, Carrier Air Wing One was reassigned to the USS Theodore Roosevelt, and in 2015, the Theodore Roosevelt Carrier Strike Group departed on a worldwide tour with deployments to the US 5th, 6th, and 7th Fleets before arriving in its new homeport of San Diego, California. 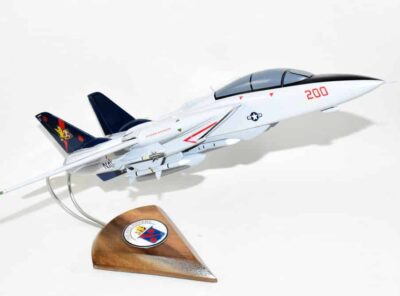 VF-11 Red Rippers F-14 Model Capture what is was like to fly with the VF-11 Red Rippers in this F-14 model.  Each model is carefully carved from wood and painted by top artisans. The Red Rippers were commissioned in 1927 … Read More 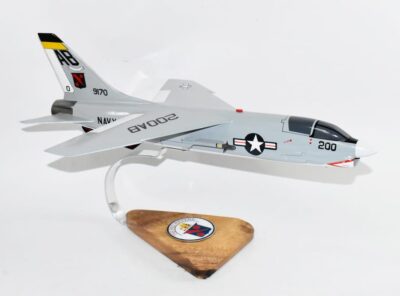 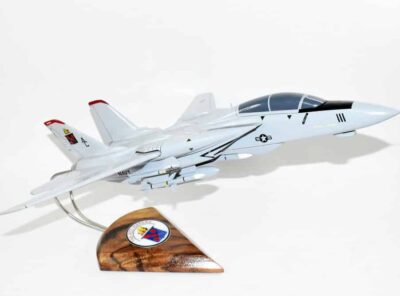 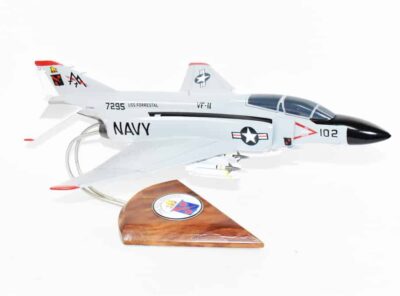 VF-11 Red Rippers F-4J Model Capture what is was like to fly with the VF-11 Red Rippers in this F-4.  Each model is carefully carved from wood and painted by top artisans. Length – 18 inches Made from Mahogany US … Read More 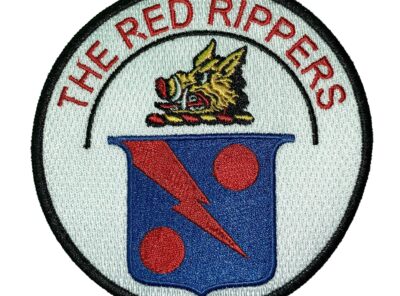 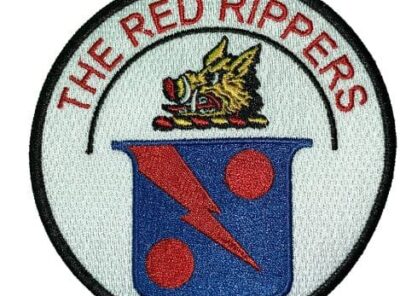