Fly with the VF-61 Jolly Rogers in this hand crafted F3H-2M Demon Model. Each piece is carved from wood and hand painted to provide a piece you’ll love.

Operational history
World War II
VF-17 was established on 1 January 1943, at NAS Norfolk, with Lieutenant Commander John T. “Tommy” Blackburn as its commander. It was the second Navy fighter squadron to receive the F4U-1 Corsair and the most successful of them all.

Blackburn wanted a squadron insignia that had a piratical theme to it to match the F4U’s Corsair designation; hence the skull and crossbones were chosen.[2] The original design was developed by Harry Hollmeyer who became an ace pilot. The squadron helped during the development of the F4U Corsair resulting in some design changes, resulting in the F4U-1A. Unfortunately, the Navy still deemed the Corsair unfit for carrier service and instead of joining USS Bunker Hill, VF-17 became a land-based squadron in the Solomon Islands during most of its deployment to the South Pacific.

On 8 November 1943, the squadron executive officer, Roger Hedrick, led a flight which intercepted 39 Japanese fighters over Empress Augusta Bay, Bougainville. As the Japanese fighters fled back to their base, VF-17 was responsible for downing 3 fighters and damaging 4 others. Though outnumbered, the squadron survived the encounter with no losses. This action was typical of the squadron’s land-based service in the Solomon Islands in 1943 and 1944, when it went up against the cream of Imperial Japanese Navy pilots then based at Rabaul.

In its two tours of duty in the Solomon Islands, VF-17 had 152 aerial victories and produced 11 aces. VF-17 finished its combat tour on 10 May 1944, and was equipped with the F6F-5 Hellcat moved to the USS Hornet. The squadron amassed 161 victories, and produced 12 aces. Overall, the two combat tours of VF-17 were credited with 313 victories, the most of any US Navy squadron.

Following its disestablishment, two other U.S. Naval Aviation squadrons have used the name and insignia of the Jolly Roger: VF-84 (1955-95) and VFA-103. 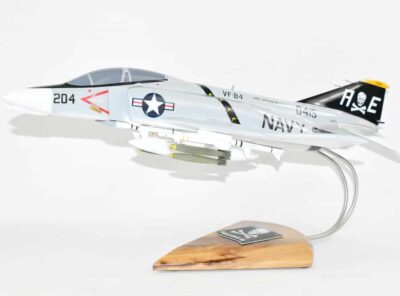 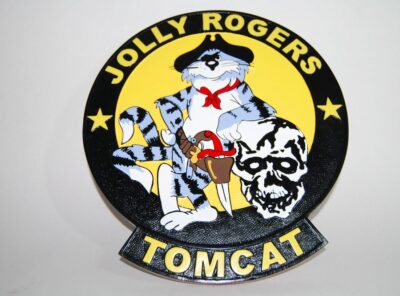 VF-84 Jolly Rogers Tomcat Plaque “Fear the Bones” 14 inch plaque of solid notched wood of VF-103 Jolly Rogers. Flying over nine different types of fighter aircraft in the past 63 years, the Skull and Crossbones have become the most … Read More 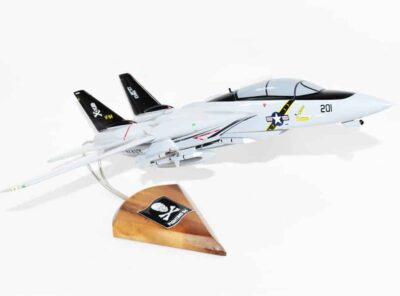 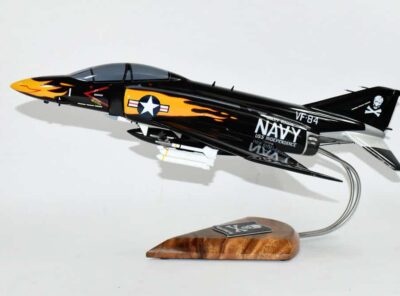 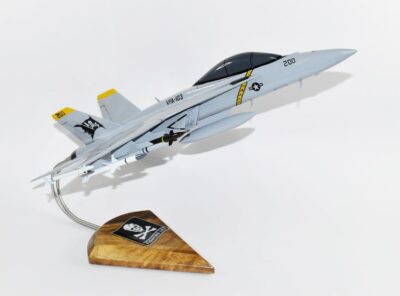 Fly with the VFA-103 Jolly Rogers 2021 in this hand crafted FA-18F Model. Each model is carved from wood and hand painted to provide a unique piece that will always be treasured. 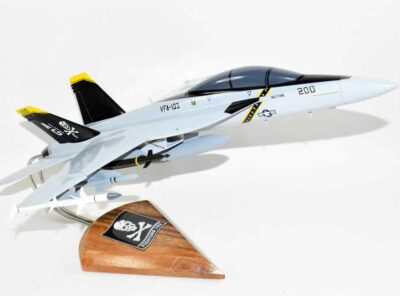 VFA-103 Jolly Rogers F/A-18F Model “Fear the Bones” of this beautifully carved wooden  F/A-18F model of the VF-103 Jolly Rogers.   This 18 inch model includes detailed paint scheme that will impress. Included in this price is a brass medallion on … Read More 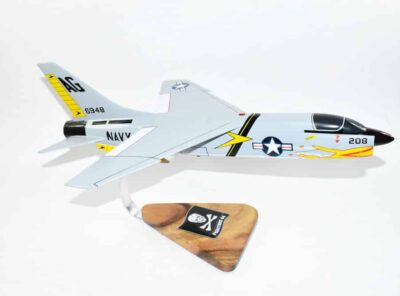 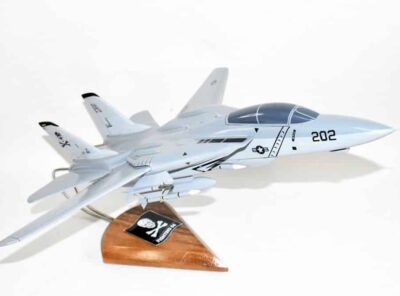