Fly off the USS George Washington with the VAW-115 Liberty Bells in this hand crafted E-2c model. Each model is crafted from wood and hand painted to provide a piece you’ll love.

The squadron was originally established on 20 April 1967, flying the E-1B “Willie Fudd” with Attack Carrier Wing Two and deployed on board USS Ranger.[2]

1970s
VAW-115 joined CVW-5 in 1970 and made two combat deployments to the Gulf of Tonkin between May 1971 and April 1973 on board USS Midway. In September 1973, CVW-5 moved to Yokosuka, Japan as a component of the Forward Deployed Naval Forces, and the only air wing home ported outside the continental United States.
VAW-115 E-2B Hawkeyes performed a command and control role in Operation Frequent Wind, supporting the evacuation of Saigon in April 1975. VAW-115 made eleven deployments to the Indian Ocean and North Arabian Sea, a period which saw such tumultuous events as the Iranian seizure of the American Embassy in Tehran.
1980s
In 1983, VAW-115 participated in rescue and salvage operations following the Korean Air Lines Flight 007 shootdown. Two years later, the squadron supported Freedom of Navigation operations, both for USS Oldendorf in the Sea of Japan and for Operation Earnest Will, protecting Kuwaiti re-flagged tankers through the Straits of Hormuz. During the 1989-90 deployments with the Midway Battle Group, the squadron and their E-2C Hawkeyes participated in Operation Classic Resolve, supporting the democratic government of the Philippines against a coup attempt.
1990s

VAW-115 E-2C in flight in 1996
In response to the Iraqi Invasion of Kuwait, VAW-115 deployed to the Persian Gulf in October 1990 as part of Operation Desert Shield. In January 1991, Desert Shield transitioned to Desert Storm and saw VAW-115 flying 179 combat sorties. In August 1991, USS Midway was decommissioned and CVW-5 embarked on USS Independence. During the ensuing years, the squadron deployed to the Persian Gulf four times in support of Operation Southern Watch, enforcing a No-Fly Zone over the skies of southern Iraq. In January 1998, VAW-115 and the Independence Battle Group were called upon to participate in various Persian Gulf contingency operations in support of United Nations sanctions. After transitioning to the E-2C Group II Navigation Upgrade aircraft, VAW-115 cross-decked with CVW-5 to USS Kitty Hawk in mid 1998.
2000s

VAW-115 E-2C launches from USS Kitty Hawk in 2004
In February 2003, the squadron was once again called to the Persian Gulf to support Operation Southern Watch and flew 46 combat sorties until the commencement of Operation Iraqi Freedom in March 2003. During that operation, the squadron flew 363.8 hours in support of Army and Marine Corps units on the ground.
In the years that followed, VAW-115 participated in exercises such as Valiant Shield, Malabar, and Talisman Saber as well as Exercises Annualex and Keen Sword with the Japanese Air and Maritime Self Defense Forces. VAW-115 took part in joint and multi-national RIMPAC 2008, providing Airborne Battle Space Command and Control to 49 naval vessels, 150 aircraft, and 29 other foreign and U.S. units from 10 participating countries.
2010s 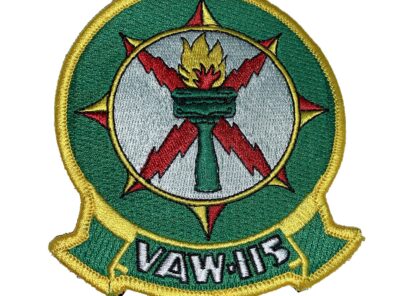 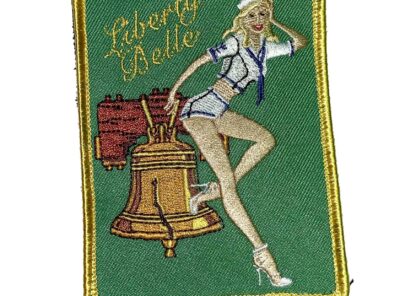 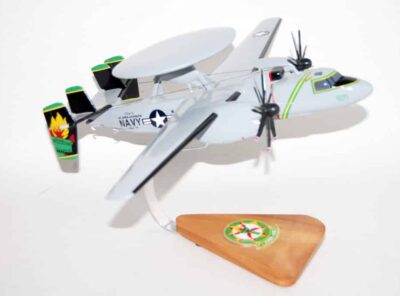 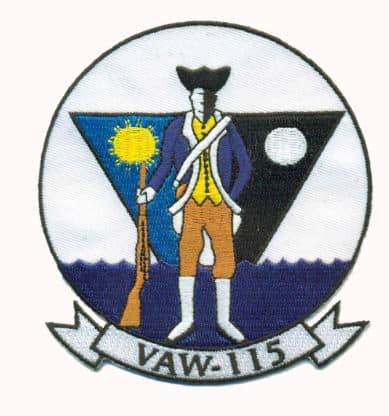