Fly with the Warhawks of the VA-97 in this handcrafted A-7 Corsair II model. Each piece is carved from wood and handpainted to provide a piece you’ll love.

The squadron’s insignia was approved by the CNO on 6 March 1968. Colors for the hawk and shield insignia are as follows: background light blue outlined in black; gold scroll outlined in black with
black lettering; black hawk with gold markings, a gold beak, red tongue and eye; dark blue shield with a gold trident, both outlined in
black; gray knight’s helmet with a blue and gold crest and blackmarkings.
Nickname: Warhawks, 1968-present

4 Feb–7 Mar 1971: The squadron embarked in Enterprise (CVAN 65) for the ship’s transit around South America to her new home port on the west coast.

Dec 1971: Following the outbreak of war between India and Pakistan over East Pakistan (Bangladesh), Enterprise (CVAN 65) was ordered to leave Yankee Station for operations in the Indian Ocean. The carrier, with Air Wing 14 embarked, operated in the Bay of Bengal until the cessation of hostilities in the latter part of December.

Aug 1983: Due to the unsettled conditions in Central America, Coral Sea operated off the coast of Nicaragua and also participated in surveillance for illegal drug traffic.
Aug 1986: The squadron participated in carrier tactical
flight operations in the Bering Sea.
Jul 1988: During the Olympics in Seoul, Korea, Carl Vinson (CVN 70), with VA-97 embarked, operated off the coast of Korea. 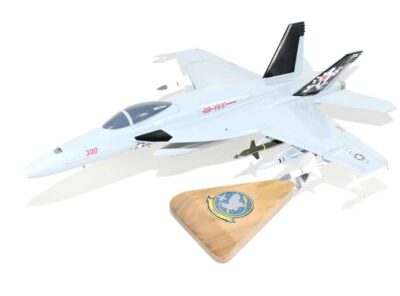 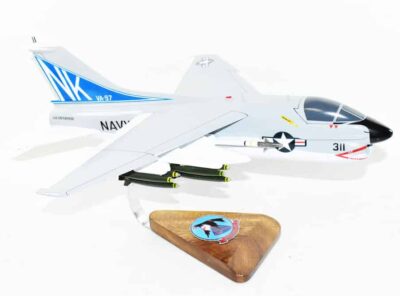 VA-97 Warhawks A-7e Corsair II (311) Model Fly with the Warhawks of the VA-97 in this handcrafted A-7 Corsair II model. Each piece is carved from wood and handpainted to provide a piece you’ll love. Length- 18 inches Made from … Read More 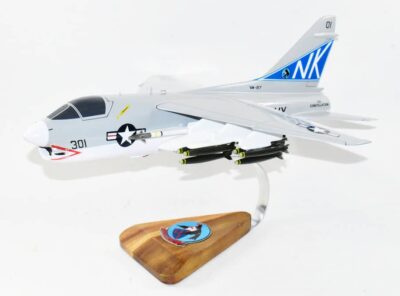 Fly with the VA-97 Warhawks in this hand crafted A-7a Model. Each model is carved from wood and hand painted to provide a unique piece that will always be treasured.