Fly with the VA-64 Black Lancers in this handcrafted A-4 Skyhawk model. Each piece is carved from wood and handpainted to provide a piece you’ll love.

Lineage: Established as Attack Squadron SIXTY FOUR (VA64) on 1 July 1961. Disestablished on 7 November 1969. The second squadron to be assigned the VA-64 designation.

Chronology of Significant Events 17 Feb–17 Jun 1962: VA-64 Det 48, formed to provide an air defense capability for Carrier AntiSubmarine Air Groups, deployed aboard Wasp (CVS 18) for a North Atlantic cruise. The detachment’s designation was changed to VA-64 Det 18B in April 1962. Lieutenant Commander E. D. Herbert was officer-incharge of the detachment during the cruise. Oct–18 Nov 1962: The squadron was embarked in Independence (CVA 62) operating in the Caribbean Sea in support of the Cuban quarantine.

18 Nov–5 Dec 1962: On 18 November, in an unusual at-sea evolution, VA-64 switched places with VA-34 and embarked in Enterprise (CVAN 65). The complements of both squadrons were lifted between carriers by helicopters. Following the transfer the squadron continued to operate in the Caribbean as part of the Cuban quarantine. Mar 1964: The squadron conducted operations in the vicinity of Cyprus during a conflict between Turkish and Greek Cypriots. 31 Jul–3 Oct 1964: The squadron participated in operation Sea Orbit, the first circumnavigation of the world by a nuclear task force. The sixty-five day voyage was accomplished without logistic replenishment. The squadron participated in numerous air power demonstrations during the voyage. 8 Jun 1967: VA-64’s aircraft were part of an Air Wing 6 strike group that was launched to defend Liberty (AGTR 5) when she came under attack by the Israelis. When word was received that the attack had been a mistake on the part of the Israelis the aircraft were recalled. Nov 1968: The squadron provided an A-4C, two pilots and seven enlisted personnel to augment the VSF-1 detachment aboard Wasp. The detachment provided the ship with a day time air defense capability. 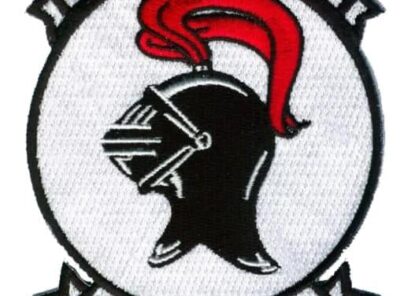 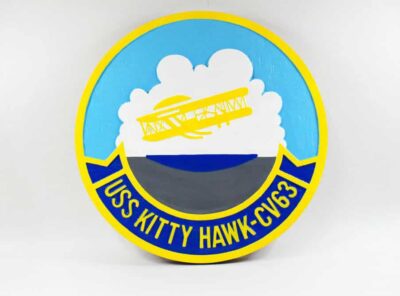