During WestPac in 1955, the squadron was part of the Navy’s support of the evacuation of the Tachen Islands which were under bombardment by People’s Republic of China forces. After returning from this cruise, the squadron re-equipped with the F7U Cutlass and its role was changed from air interception to ground attack with special weapons.[1]

In 1960, VA-12 was part of airwing of the USS Shangri-La when that carrier was deployed to counter Cuban infiltration into Guatemala and Nicaragua. The next year, the squadron returned to the area aboard USS Franklin D. Roosevelt to support the government of the Dominican Republic.

In 1963 the squadron was deployed in detachments to the USS Essex and USS Intrepid for anti-submarine warfare exercises. In August of the next year, the squadron was again on board the Roosevelt when the carrier was deployed to the eastern Mediterranean in response to trouble between Greeks and Turks on the island of Cyprus.

The squadron saw combat in Vietnam twice, in 1966 and 1970. Later in 1971, the unit relinquished the A-4 for the A-7 Corsair. 1973 and 1974 saw further trouble in the Mediterranean. 1973 saw the Yom Kippur War and 1974 the assassination of the American ambassador to Cyprus. During the 1970s the squadron’s home base was at Cecil Field Naval Air Station near Jacksonville, Florida. In 1980, the Iranian hostage crisis saw the USS Dwight D. Eisenhower with the squadron on board. The ship remained at sea for 254 days continuously. Trouble in Lebanon flared in 1983, and the squadron supported the peacekeeping force in the country.

On 1 October 1986, the squadron was disestablished, ending 31 years of service as an attack unit, and ten years prior to that as a fighter unit. 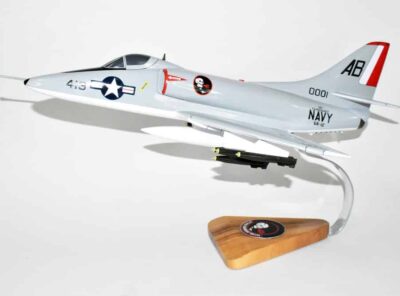 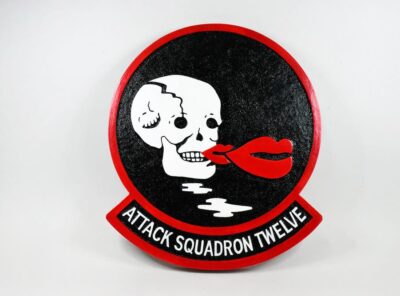 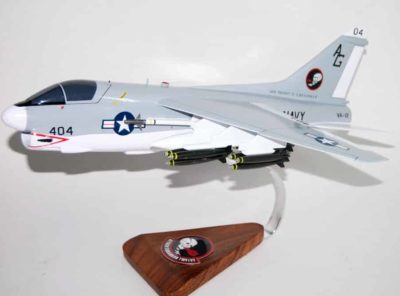