USS Springfield (SSN-761), a Los Angeles-class submarine, is the fourth ship of the United States Navy to bear the name. The boat was named in honor of both the cities of Springfield, Illinois and Springfield, Massachusetts.

The contract to build her was awarded to the Electric Boat Division of General Dynamics Corporation in Groton, Connecticut on 21 March 1986, and her keel was laid down on 29 January 1990. She was launched on 4 January 1992 sponsored by Lynn Martin, and commissioned on 9 January 1993 with Commander Richard K. Ford in command. Springfield is homeported at Portsmouth Naval Shipyard in Kittery, Maine and is assigned to Submarine Squadron FOUR.

In mid-2004, Springfield began an extensive overhaul, or Depot Modernization Period (DMP), at the Electric Boat shipyard in Groton. In addition to normal periodic maintenance and repairs, Springfield received extensive modernization in fire control systems, sonar processing, weapons launch systems, and communications outfit, a ring laser gyro inertial navigation system, as well as stealth improvements and engine room upgrades. The modernization was the first major overhaul and repair job for Electric Boat in almost 25 years.[1] Originally awarded as a 12 month, $26.3 million depot modernization,[2] Springfield was to be the test case for the possibility of awarding future repair and overhaul contracts to Electric Boat. The overhaul was plagued by cost and time overruns, and when finally completed in December 2005, it was several months late and well over budget. Electric Boat has not been awarded any DMP contracts since.

In 1998, Springfield won the Captain Edward F. Ney Silver Cup Trophy for outstanding food service (first place in the submarine category). The Ney Memorial Awards, presented annually to the top Navy galleys in ten categories, were established by the Secretary of the Navy and the International Food Service Executives Association (IFSEA) in 1958.

In 2002 the boat received the Arleigh Burke Fleet Trophy for most improved ship in the Atlantic Fleet, while under command of Commander D.P. Forney.

In 2003 the boat was awarded the Retention Excellence Award for her squadron.[9] She has also won multiple awards for Navigation, Engineering, Medical, Supply, Damage Control and Deck Seamanship excellence in various years.

On 14 July 2014, command of the boat was changed to Commander Daniel Lombardo at a ceremony in Groton, Connecticut.[10]

On 18 November 2016, command of the boat was changed to Commander Brent Spillner from Captain Roger Meyer at a ceremony in Groton, Connecticut. 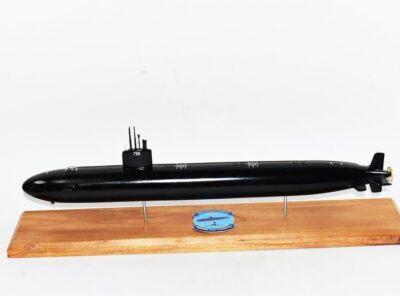 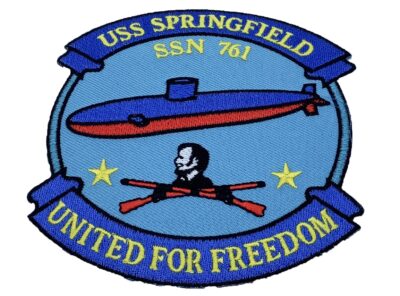