Sail again with the crew of the USS Simon Bolivar SSBN-641 in this handcrafted wooden submarine model. Each piece is carved from wood and handpainted to provide a piece you’ll love.

USS Simon Bolivar (SSBN-641), a Benjamin Franklin class fleet ballistic missile submarine, was the only ship of the United States Navy to be named for Simón Bolívar (1783–1830), a hero of the independence movements of the former Spanish colonies in South America.

Service history
During late December 1965 and most of January 1966, Simon Bolivar underwent demonstration and shakedown operations. The Gold Crew successfully fired a Polaris A-3 ballistic missile off the coast of Cape Kennedy, Florida, on 17 January 1966, and the Blue Crew completed a successful Polaris missile firing on 31 January.

The Gold Crew continued shakedown operations in the Caribbean Sea in February. The following month, Simon Bolivar’s home port was changed to Charleston, South Carolina, where she was assigned to Submarine Squadron 18, and minor deficiencies were corrected during a shipyard availability period.

During Simon Bolivar’s commissioned period she operated in the Atlantic and Mediterranean from three sites: Holy Loch, Scotland; Rota, Spain; and the continental United States, mainly Charleston, SC and Kings Bay, GA. Refit sites consisted of a submarine tender, floating dry dock and complexes of piers and warehouses. At the Scotland site, the entire refit site was anchored out in Holy Loch.

Simon Bolivar’s routine of deterrent patrols out of Charleston by her two crews continued until 7 February 1971, when she returned to Newport News for overhaul and conversion of her ballistic missile system to support Poseidon missiles.

Simon Bolivar departed Newport News on 12 May 1972 for post-overhaul shakedown operations and refresher training for her two crews, which lasted until 16 September 1972. By the end of 1972, she had resumed deterrent patrols while operating from the SSBN refit site in Rota, Spain serviced by submarine tender USS Simon Lake (AS-33) as part of Submarine Squadron 16.

During the summer of 1974, Simon Bolivar completed what was to be her final refit at the Rota SSBN site. Departing the site then diving, the ship headed southeasterly for passage through the Straits of Gibraltar into the Mediterranean Sea. She then went to alert status for her 24th deterrent patrol. Following completion of the patrol, the ship traveled westward across the Mediterranean through the Straits of Gibraltar and into the Atlantic. Seventy four days after departing Rota and submerging, Simon Bolivar surfaced off the US east coast in October 1974. Simon Bolivar had now been assigned to the Charleston refit site and was again part of Submarine Squadron 18. Submarine tender USS Hunley (AS-31) provided refit and re-supply services. Patrol areas were normally in the North Atlantic.

In 1974 Simon Bolivar was awarded both a Battle Effectiveness Award (Battle “E”) and the Providence Plantation Award for most outstanding fleet ballistic missile submarine in the United States Atlantic Fleet. She also was awarded consecutive Battle “E”‘s in 1975 and 1976.

During a 1976 strategic patrol, a crew member experienced a life-threatening medical emergency. The ship aborted its alert patrol status, and charted an easterly course for a high speed transit to a medevac point off the UK coast. Upon reaching shallow water of 100 fathoms, the ship surfaced into a raging winter storm with waves breaking repeatedly over the ship, its sail and the harnassed watchstanders in the cockpit of the sail. Inside the ship the crew endured difficult conditions due to constant rolling of the circular hull in the high sea state. Simon Bolivar continued a high speed surface run until the evacuation point was reached enabling a transfer of the seriously ill crewman. The Simon Bolivar then returned to open ocean and resumed alert patrol status ending with a return to the Charleston SSBN site. The evacuated crew member survived though he never returned to the Simon Bolivar.

As part of a “warm – cold water” refit exchange program, in 1977 the ship conducted one “cold water” refit from the Holy Loch SSBN site in Scotland with maintenance and supply services provided by submarine tender USS Holland (AS-32). Departing Holy Loch for her assigned operating areas the ship then completed its 34th deterrent patrol. Following a trans-Atlantic transit, Simon Bolivar returned to the “warm water” Charleston SSBN site to continue its normal refit-patrol operating cycle from the continental US.

In February 1979, following her 40th deterrent patrol, Simon Bolivar entered Portsmouth Naval Shipyard at Kittery, Maine, for overhaul and conversion of her ballistic missile system to support Trident C-4 ballistic missiles. Upon completion of overhaul she returned to her home port of Charleston in January 1981.

Simon Bolivar continued to make deterrent patrols, undergoing occasional refits at Naval Submarine Base Kings Bay Georgia, and was awarded her 4th and 5th Battle “E”‘s in 1982 and 1990. She successfully launched a Trident test missile in the summer of 1983.

In 1994 Simon Bolivar returned from its 73rd and final strategic nuclear deterrent patrol, 28 years after it departed port for its 1st patrol.

Master Chief Hospital Corpsman (HMCM (SS)) William R. Charette served as an Independent Duty Corpsman onboard Simon Bolivar. He was a recipient of the U.S. military’s highest decoration for valor, the Medal of Honor. Known as “Doc” to his shipmates, he was held in the highest regard during his tour of duty aboard Simon Bolivar.

Deactivation, decommissioning, and disposal
Deactivated while still in commission in September 1994, Simon Bolivar was both decommissioned and stricken from the Naval Vessel Register on 8 February 1995. She was one of the last SSBN’s of the original 41 for Freedom. The ship completed 73 deterrent patrols, equivalent to thirteen years of submerged strategic operations.

Her scrapping via the U.S. Navy’s Nuclear-Powered Ship and Submarine Recycling Program at Bremerton, Washington was completed on 1 December 1995. 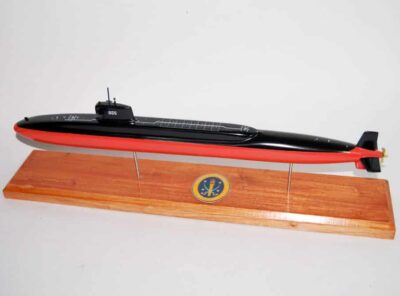 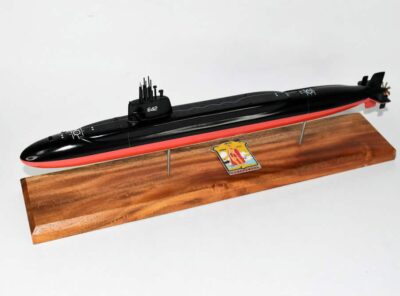 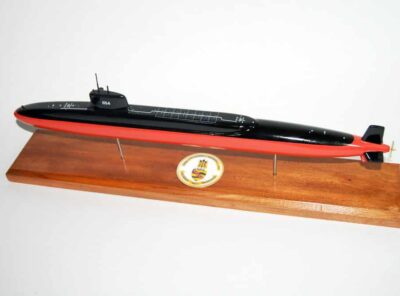 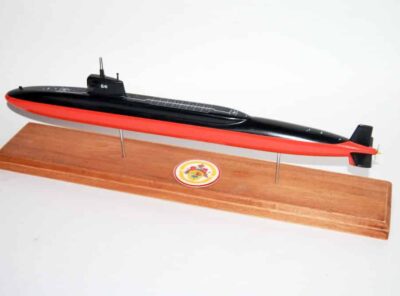 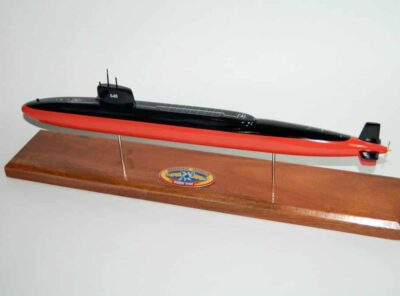 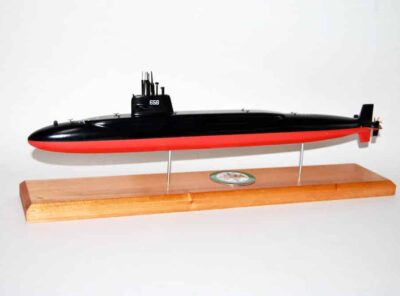 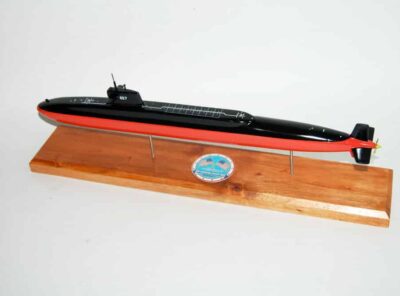 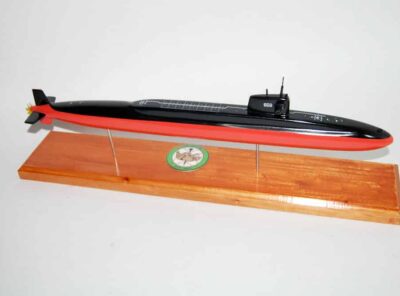