USS San Juan (SSN-751), a Los Angeles-class submarine, is the third ship of the United States Navy to be named for San Juan, Puerto Rico. The contract to build her was awarded to the Electric Boat Division of General Dynamics Corporation in Groton, Connecticut on 30 November 1982 and her keel was laid down on 9 August 1985. She was launched on 6 December 1986 sponsored by Mrs. Sherrill Hernandez, and commissioned on 6 August 1988, with CDR Charles Young in command.

As of April 2017 the San Juan is commanded by CDR Ravi Desai.

History
San Juan was the first Los Angeles class (688-class) submarine to receive a number of significant improvements to the class’s basic design, creating the 688I (for “improved 688”). San Juan and all following submarines in her class are quieter, incorporated an advanced AN/BSY-1 sonar suite combat system. The improvements also included the ability to lay mines from the torpedo tubes. The San Juan ‘s sail was also strengthened, enabling the ability to break through ice.

In 1993 the San Juan conducted the first through-ice surfacing for a 688i class submarine in the Arctic.

Arriving Souda Bay, Crete, Greece, May 2007
Collision with USS Kentucky
On 19 March 1998 off the coast of Long Island, New York the submerged San Juan collided with the surfaced fleet ballistic missile submarine USS Kentucky (SSBN-737). There were no injuries reported with the collision.

Lost communication
On 13 March 2007, San Juan was the subject of a search and rescue mission by elements of the Enterprise Carrier Strike Group when a red flare was spotted in her projected vicinity, suggesting an emergency. Communications were established by the early hours of the next day when San Juan surfaced, and no problems were indicated.

Visit to South Africa
On 4 November 2009 the San Juan arrived at Simon’s Town, South Africa. The ship engaged in at-sea maneuvers with the South African Navy for the first time in U.S. history.

The San Juan and crew arrived at Portsmouth Naval Shipyard (PNSY), Maine, on 8 April 2010 for an engineered overhaul (EOH); for maintenance and receive system upgrades. On 4 August 2011, PNSY Shipyard workers successfully undocked San Juan one day early from the overhaul.

As of 2012 the San Juan was assigned to Submarine Group Two. Submarine Group 2 was disestablished in 2014, and ultimately the submarine is part of Submarine Force, U.S. Atlantic Fleet (COMSUBLANT). 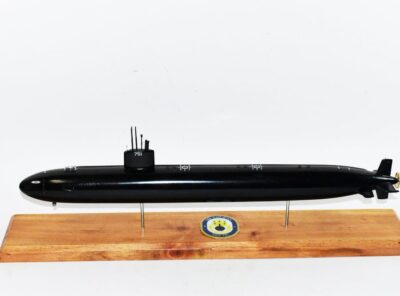