Sail again with the crew of the USS Nebraska Big Red SSBN-739 in this handcrafted wooden submarine model. Each piece is carved from wood and handpainted to provide a piece you’ll love.

As of November 2013, the sub had completed 62 deterrent patrols during its 20 years of service. Each patrol is usually 77 days in duration followed by 35 days in port for maintenance.[4] 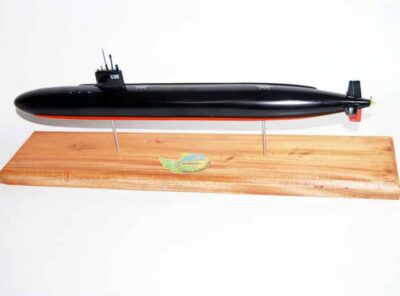