Dive with the USS Memphis (SSN-691) Submarine again in this handcrafted 20-inch submarine. Each piece is carved from wood and handpainted to provide a piece you’ll love.

USS Memphis (SSN-691), a Los Angeles-class submarine, was the sixth ship of the United States Navy to be named for Memphis, Tennessee. The contract to build her was awarded to Newport News Shipbuilding and Dry Dock Company in Newport News, Virginia on 4 February 1971 and her keel was laid down on 23 June 1973. She was launched on 3 April 1976 sponsored by Mrs. Cathy Beard (née Rieniets), wife of Congressman Robin L. Beard, Jr., and commissioned on 17 December 1977, with Commander G. Dennis Hicks in command.

In March 1981, Memphis completed an around-the-world cruise via the Panama Canal, including operations with both the Sixth and Seventh Fleets.

During a mid-1990s refit, Memphis received numerous modifications, which added about 50 tons to her displacement, most of it aft.

a glass-reinforced plastic (GRP) turtleback abaft the sail to accommodate remotely operated vehicles
a towing winch and drum for experimental towed sonar arrays
4.27 m-high by 1.37 m-wide vertical surfaces at the ends of the stern stabilizers to accommodate sonar transducer arrays
a 54 mm towed array dispenser in the port fin leading to the new winch abaft the sail
supports for the stern stabilizers
new hydraulic systems
a fiber-optic databus
58 standardized equipment racks to accommodate electronic test gear
In January 1994 Memphis entered Portsmouth Naval Shipyard for refueling, overhaul and modifications to support her research and development role. Upon completion of the shipyard availability she was assigned to Submarine Development Squadron 12 in Groton, Connecticut.

Memphis won the coveted Battenberg Cup in 2005, as well as the Squadron 12 Battle E.

On 6 May 2006, Memphis deployed against Iraqi insurgency, returning to New London, Connecticut, on 7 August.

On 27 June 2007, Memphis returned to Portsmouth Naval Shipyard in Kittery, Maine, for a Pre-Inactivation Restricted Availability. She returned to Groton on 8 May 2008.

After 33 years of service Memphis was taken out of service in a decommissioning ceremony at the Shepherd of the Sea Chapel located at the US Submarine Base in Groton, Connecticut on 1 April 2011. Memphis went to the Portsmouth Naval Shipyard to begin the inactivation process.

Parts from the decommissioned Memphis were to be used to repair the damaged USS Miami,[5] until the decision to cease work on Miami was made in August 2013. 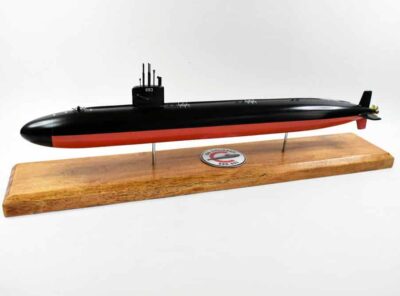 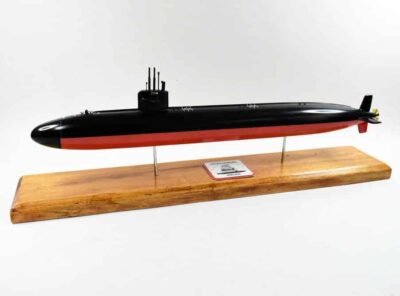 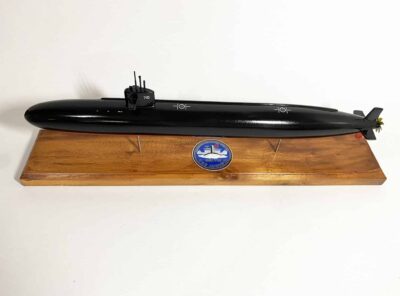 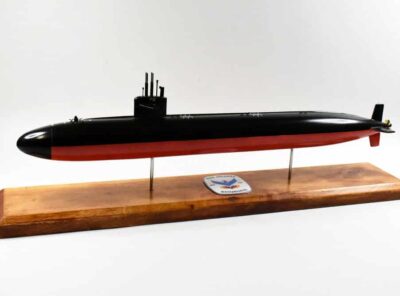 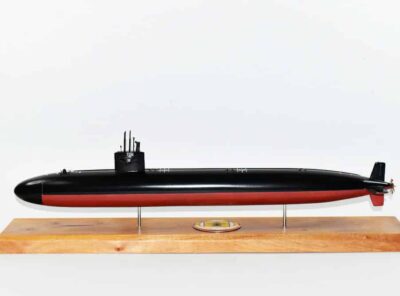 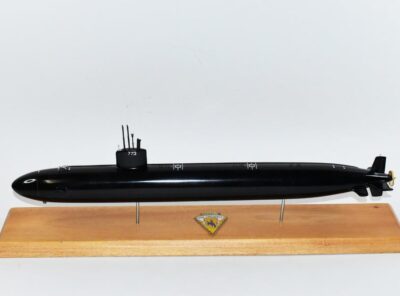 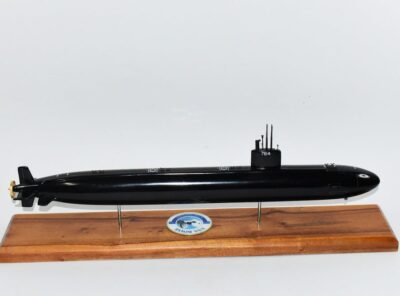 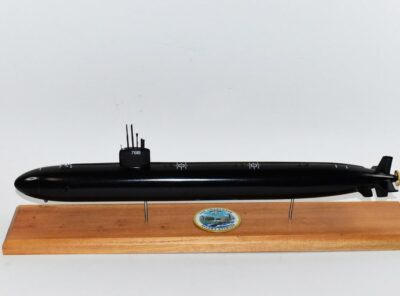