Fly off of the USS Independence CV-62 Aircraft Carrier Model in this handcrafted wooden model. Each model is carved from wood and handcrafted to provide a piece you’ll love.

The fifth USS Independence (CV/CVA-62) was an aircraft carrier of the United States Navy. She was the fourth and final member of the Forrestal class of conventionally powered supercarriers. She entered service in 1959, with much of her early years spent in the Mediterranean Fleet.

Independence was decommissioned in 1998 after 39 years of active service. Stored in recent years at Puget Sound Naval Shipyard, Bremerton, Washington, the ex-Independence was towed beginning on 10 March 2017 to Brownsville, Texas for scrapping. She arrived on 1 June 2017 and dismantling was completed by early 2019. 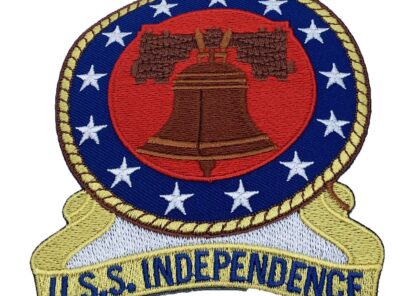