A 4″ squadron patch of the USS Gerald R Ford CVN-78 “Carrier”.  This patch is meant to be humorous.

USS Gerald R. Ford (CVN-78) is the lead ship of her class of United States Navy aircraft carriers. The ship is named after the 38th President of the United States, Gerald Ford, whose World War II naval service included combat duty aboard the light aircraft carrier Monterey in the Pacific Theater. 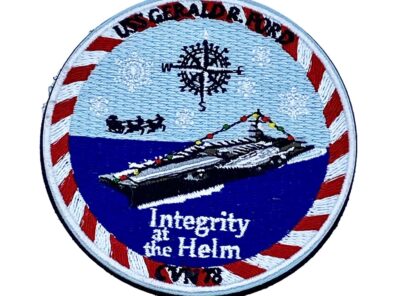 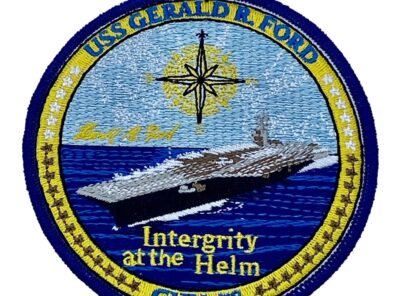