USS GEORGIA (SSGN 729) is the fourth TRIDENT Class Nuclear Powered Fleet Ballistic Missile Submarine and the third ship to bear the name of this grand state, one of the thirteen original states of the union. The keel for USS GEORGIA (SSGN 729) was laid on 7 April 1979 and was presided over by First Lady Rosalyn Carter, wife of President Jimmy Carter, both Georgia natives.  Mrs. Carter’s initials can still be seen on the ship’s keel.

In October 2004, USS GEORGIA was redesignated to SSGN after the successful completion of exercise “Silent Hammer,” the SSGN proof-of-concept operation.  In February 2005, she entered Norfolk Naval Shipyard for a scheduled Engineered Refueling Overhaul and conversion to SSGN. 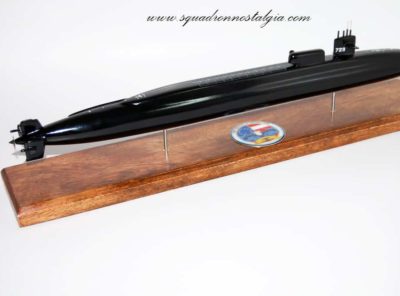 USS Alabama SSBN-731 Model A 20 inch version of the USS Alabama Ohio class submarine (SSBN-731)!  Each model is made carefully carved and crafted out of solid wood and will be a keepsake that will always be treasured. After commissioning, … Read More 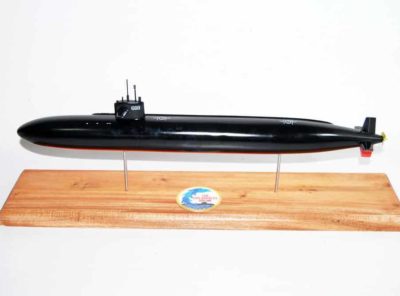