Dive with the USS California (SSN-781) Submarine Model again in this handcrafted 20-inch submarine. Each piece is carved from wood and handpainted to provide a piece you’ll love.

USS California (SSN-781), is the eighth Virginia-class submarine, and the seventh United States Navy ship named for the state of California. The contract to build her was awarded to Newport News Shipbuilding (then called Newport News Shipbuilding & Drydock Co.) in Newport News, Virginia, on 14 August 2003. Construction began in December 2006. California’s keel was laid down on 1 May 2009. She was christened on 6 November 2010, sponsored by Donna Willard, wife of Admiral Robert F. Willard. She was launched eight days later, on 14 November 2010.

California is the first Virginia-class submarine built with the advanced electromagnetic signature reduction system; although it will be retrofitted into older submarines of the class.

California was delivered to the Navy on 7 August 2011, eight and a half months ahead of schedule. 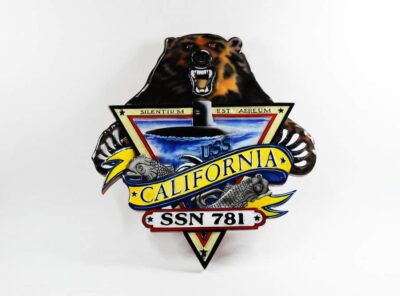 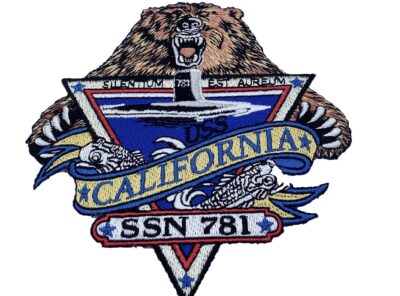