A 20 inch version of the USS Alaska (SSBN-732) Ohio class submarine!  Each model is carefully crafted and shaped from solid wood and the meticulously painted.

The USS Alaska is a Trident Ohio-class nuclear-powered fleet ballistic missile submarine, the fourth US Navy vessel to bear the name of the state. It was commissioned on January 25, 1986 and has conducted 59 strategic deterrent patrols. The contract to build the Alaska was awarded to the Electric Boat Division of General Dynamics Corporation in Groton, Connecticut in 1978, and the keel was laid down in 1983. It was launched in 1985 and sponsored by the wife of Senator Theodore F. Stevens of Alaska. The submarine has two crews, the Blue Crew and the Gold Crew, and is commanded by Captain Paul L. Callahan and Captain Charles J. Chotvacs, respectively.

The Alaska spent much of 1986 undergoing training and resolving the various issues that arise when a new submarine is introduced to the fleet. It initially operated from Connecticut and Florida, but later shifted its homeport to the Pacific Northwest. It sailed through the Panama Canal and visited San Francisco in September 1986, before being assigned to Submarine Squadron 17 and Submarine Group 9 at the Naval Submarine Base Bangor in Washington. The Blue Crew conducted the Alaska’s first missile deterrent patrol in the Pacific from December 1986 to February 1987, while the Gold Crew carried out the second patrol from March to May 1987.

In 2000, the Alaska underwent an engineered overhaul at the Puget Sound Naval Shipyard in Washington, which included a “backfit” of the Trident II D5 missile system and the upgrade to shoot the Mk 48 Advanced Capability (ADCAP) torpedo. The overhaul was completed in December 2001. By the time it sailed from Kitsap for the final time in 2006, the Alaska had completed 47 Trident I C4 and 12 Trident II D5 deterrent missile patrols. It underwent a 27.5-month engineered refueling and overhaul at the Norfolk Naval Shipyard in Virginia in 2009 and was subsequently assigned to Submarine Squadron 20 and Submarine Group 10 at the Naval Submarine Base Kings Bay in Georgia. In 2010, the Navy announced plans to modify living spaces on the Alaska to accommodate female crew members. 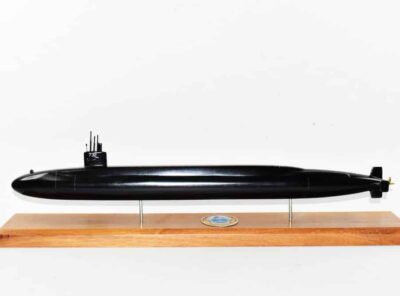 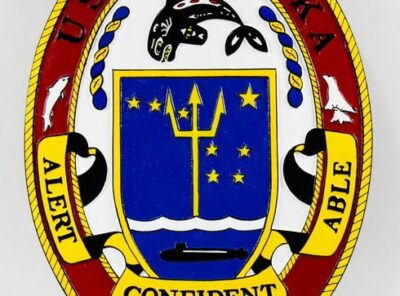