18 inch custom wood model of the C-26 Metroliner used for VIP transport for the US Navy.

The Fairchild C-26 “Metroliner” is the designation for the Fairchild Swearingen Metroliner series twin turboprop aircraft in the service of the United States military. It was not officially named by the US Armed Forces, but is unofficially known by the same name as its civilian counterpart.[2] The C-26A is the military version of the Model SA227-AC Metro III; the C-26B is the military version of the Model SA227-BC Metro III and Model SA227-DC Metro 23; and UC-26C is the military designation for the Model SA227-AT Merlin IVC.
Design and development
The United States Air Force bought eleven C-26A aircraft based on the SA227-AC, two of these being supplied to the Venezuelan Air Force.[5][6] The first three C-26Bs were procured later in the 1980s, two for the US Army and one for the USAF. These three had been built as SA227-BC models. Later C-26Bs were the military equivalent of the Metro 23 and the USAF took delivery of 37 examples. Some of these were transferred to the Peruvian Air Force and the US Army, while six were transferred to the US Navy as C-26Ds.The US Army also took a second-hand Merlin IVC and operated it as the solitary UC-26C.

A Metro III, c/n AC-614, was modified as the Fairchild Aircraft/Lockheed Multi Mission Surveillance Aircraft, featuring a Lockheed phased array radar in a long pod under the fuselage.[10] Several aspects of the MMSA aircraft were incorporated on some USAF C-26s redesignated as the RC-26B, operated by the Air National Guard (ANG) in various states. These aircraft have been primarily used for Department of Defense reconnaissance mission support to various agencies of the Department of Homeland Security such as the United States Coast Guard (USCG) and Customs and Border Protection (CBP) in the War on Drugs, and to USCG and/or the Federal Emergency Management Agency (FEMA) in the wake of natural disasters.The RC-26B aircraft were originally configured with a belly pod containing a sensor turret and a data recorder. Recently, this pod has been removed and a sensor turret has been added to the belly of the aircraft.[13] Some of the RC-26Bs were operated for a time with civil registrations. On 4 February 2019, a contract for Elbit Systems of America to provide an avionics upgrade to the Air National Guard’s RC-26Bs was announced. The US Navy operates several C-26D aircraft, modified for range support, at the Pacific Missile Range Facility Barking Sands in Hawaii. 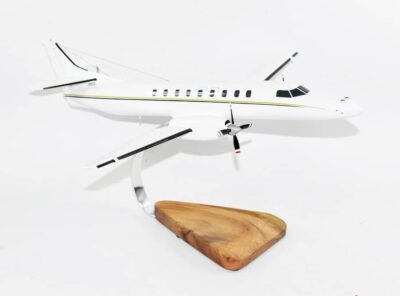 Fly with the C-26E Merlin 10513 in this handcrafted Model. Each piece is carved from wood and painted to provide a one of kind piece. Our pieces seek to recreate memories of these glorious aircraft. 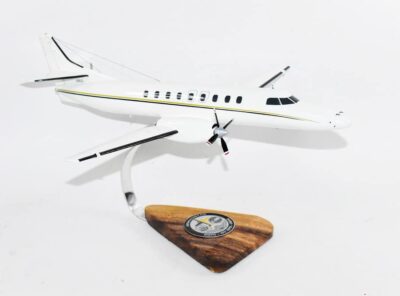 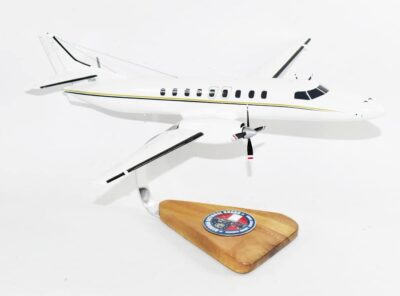