T-34C for the NASA – a perfect model to start your collection off right.

Another example of the T-34C’s utility as a support aircraft is its role in validating detect-and-avoid technology in Unmanned Aircraft Systems. In April 2016, NASA Armstrong began flying the T-34C as an “intruder” in the Unmanned Aircraft Systems integration into the National Airspace System’s (UASNAS) Flight Test Series 4. Equipped with ADS-B and TCAS I, it is one of six aircraft to fly as an intruder in the test. The T-34C’s job includes flying within a pre-determined distance to NASA Armstrong’s Ikhana, on a specifically charted course, to test detect and avoid systems that were integrated on Ikhana with the purpose of providing the UAS pilot on the ground with situational awareness and alerting of nearby aircraft and provide the UAS pilot with timely information to maintain a safe distance.

In its role as a military trainer, the instructor pilot would ride in the back seat, while the student would be in the front seat. As a NASA mission support chase plane, the back seat would be occupied by a photographer or flight test engineer on research missions.

NASA Armstrong (then Dryden Flight Research Center) has operated two T-34C aircraft. The first was previously flown at the Glenn Research Center in Cleveland, OH, for propulsion experiments involving turboprop engines, and then came to Dryden as a chase aircraft in 1996. That aircraft was returned to the U.S. Navy in 2002. Dryden obtained its second T-34C in early 2005 from the U.S. Navy’s Air Warfare Center Aircraft Division at Naval Air Station Patuxent River, MD, where it was due to be retired.

Nicknamed the TurboMentor, the T-34C is an upgraded, turboprop-powered version of the earlier piston-engined T-34A and T-34B models that served as primary training aircraft for Navy and Marine Corps pilots for more than 40 years. Built by Beech Aircraft Co. (now Raytheon Aircraft), the T-34C shares the same basic wing planform and landing gear as the civilian Beechcraft Bonanza series of general aviation aircraft from which it was derived.

Be the first to review “NASA T-34C Turbo Mentor Model” 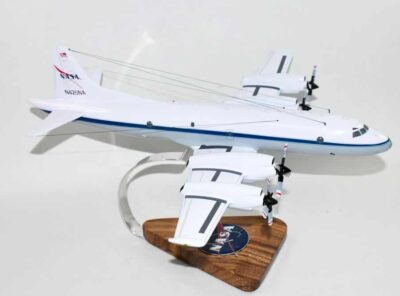 NASA P-3b Model A replica of the NASA P-3b flying out of Wallops field.  Each model is solid wood with a length of around 18 inches.   It will make the perfect commemorative piece for any crew member.   The … Read More 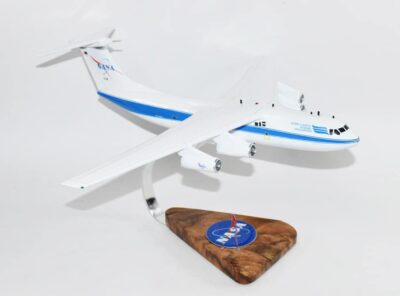 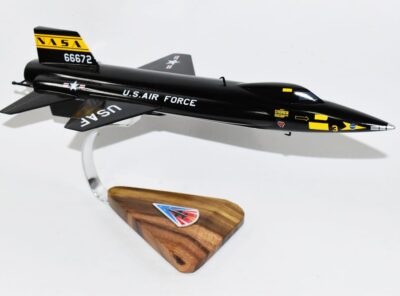