The B-25J-20-NC SN 44-29869 now flying as “Miss Mitchell” was delivered on November 10, 1944. Her initial assignment was to Palm Springs, California and used for proficiency flying and crew training. She would remain here until the end of the war. After the war, many military bases were quickly closed, and she was flown to South Plains, Texas for storage. In May of 1946, she was recalled and assigned to Langley Field, Virginia to be used for administrative purposes by the base command. By June of 1947, she was back in storage at Pyote, Texas. Early in 1952, she was modified by Hughes and redesignated as a TB-25K. The TB-25K was used for training radar intercept crews in airborne radar systems. Her conversion included modifications to accept radar sets, electronics, and a nose cose for the E-1 fire control radar system as well as updated wiring and systems. She was then assigned to James Connally Air Force Base, Texas in September of 1952 and used to train radar and target intercept crewmen for the Air Defense Command. By December of 1957 she was flown to storage. The following summary of assignments are listed on her record card: 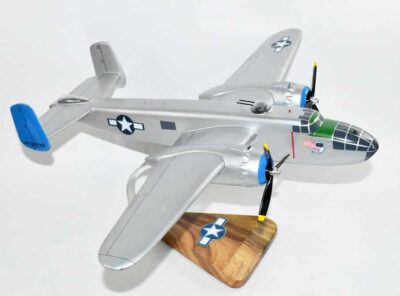 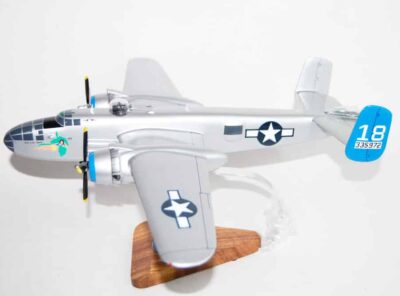 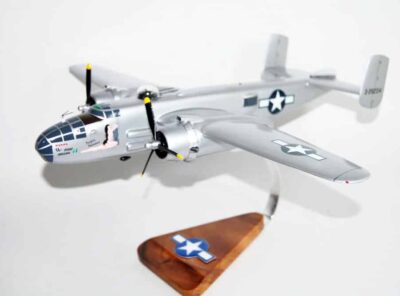 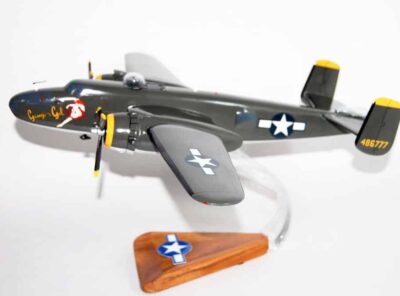 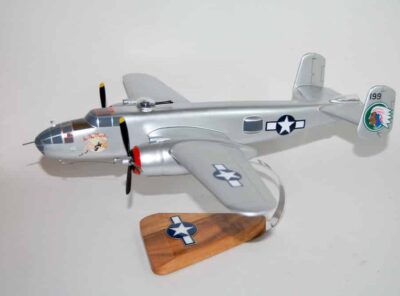 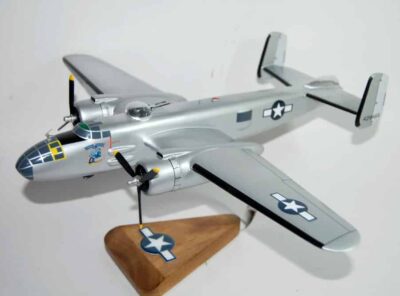 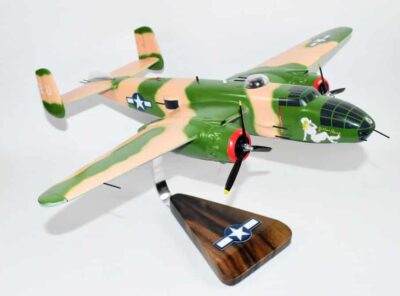 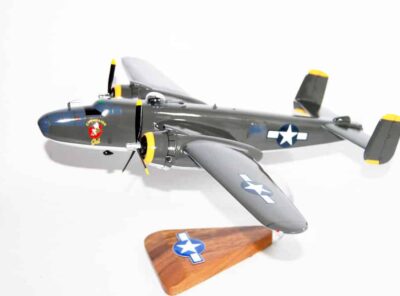