Check out precision with this hand crafted Minuteman-III (LGM-30G) Model. Each model is carved from wood and hand painted to provide a piece you’ll love. 18 inches

The LGM-30 Minuteman is a U.S. land-based intercontinental ballistic missile (ICBM), in service with the Air Force Global Strike Command. As of 2018, the LGM-30G Minuteman III version[a] is the only land-based ICBM in service in the United States.

Development of the Minuteman began in the mid-1950s and as the outgrowth of basic research into solid fuel rocket motors which indicated an ICBM based on solids was possible. Such a missile could stand ready for extended periods of time with little maintenance and then launch on command. In comparison, existing U.S. missile designs using liquid rocket propellant required a lengthy fueling process immediately before launch, which left them open to the possibility of a surprise attack. This potential for immediate launch gave the missile its name; like the Revolutionary War’s Minutemen, the Minuteman was designed to be launched on a moment’s notice.[1][2]

Minuteman entered service in 1962 as a weapon tasked primarily with the deterrence role, threatening Soviet cities with a second strike countervalue counterattack if the U.S. was attacked. However, the development of the U.S. Navy’s Polaris missile, which addressed the same role, allowed the Air Force to modify Minuteman into a weapon with much greater accuracy with the specific intent of allowing it to attack hardened military targets, including Soviet missile silos. The Minuteman-II entered service in 1965 with a host of upgrades to improve its accuracy and survivability in the face of an anti-ballistic missile (ABM) system the Soviets were known to be developing. Minuteman-III followed in 1970, using three smaller warheads instead of one large one, which made it difficult to counter because the ABMs would have to hit all three widely separated warheads to be effective. Minuteman-III was the first multiple independently targetable reentry vehicle (MIRV) ICBM to be deployed.[3] Each missile can carry up to three thermonuclear weapons, and were initially armed with the W62 warhead with a yield of 170 kilotons.

Peaking at 1,000 missiles in the 1970s, the current U.S. force consists of 399 Minuteman-III missiles as of September 2017,[4] deployed in missile silos around Malmstrom AFB, Montana; Minot AFB, North Dakota; and F.E. Warren AFB, Wyoming.[5] The Air Force plans to keep the missile in service until at least 2030.[6][7] It is one component of the U.S. nuclear triad—the other two parts of the triad being the Trident submarine-launched ballistic missile (SLBM), and nuclear weapons carried by long-range strategic bombers.

The LGM-30G Minuteman-III program started in 1966 and included several improvements over the previous versions. It was first deployed in 1970. Most modifications related to the final stage and reentry system (RS). The final (third) stage was improved with a new fluid-injected motor, giving finer control than the previous four-nozzle system. Performance improvements realized in Minuteman-III include increased flexibility in reentry vehicle (RV) and penetration aids deployment, increased survivability after a nuclear attack, and increased payload capacity. The missile retains a gimballed inertial navigation system.

Armed with W62 warhead, having a yield of only 170 kilotons TNT, instead of previous W56’s yield of 1.2 megatons.

It was the first Multiple Independently Targetable Reentry Vehicles (MIRV) missile. A single missile was then able to target 3 separate locations. This was an improvement from the

Minuteman-I and Minuteman-II models, which were only able to carry one large warhead.

An RS capable of deploying, in addition to the warheads, penetration aids such as chaff and decoys.

Minuteman-III introduced in the post-boost-stage (“bus”) an additional liquid-fuel propulsion system rocket engine (PSRE) that is used to slightly adjust the trajectory. This enables it to dispense decoys or – with MIRV – dispense individual RVs to separate targets. For the PSRE it uses the bipropellant Rocketdyne RS-14 engine.

A Honeywell HDC-701 flight computer which employed non-destructive readout (NDRO) plated wire memory instead of rotating magnetic disk for primary storage was developed as a backup for the D37D but was never adopted.

The Guidance Replacement Program (GRP), initiated in 1993, replaced the disk-based D37D flight computer with a new one that uses radiation-resistant semiconductor RAM.

The existing Minuteman-III missiles have been further improved over the decades in service, with more than $7 billion spent in the last decade to upgrade the 450 missiles.

Minuteman-III MIRV launch sequence:
1. The missile launches out of its silo by firing its 1st-stage boost motor (A).
2. About 60 seconds after launch, the 1st stage drops off and the 2nd-stage motor (B) ignites. The missile shroud (E) is ejected.
3. About 120 seconds after launch, the 3rd-stage motor (C) ignites and separates from the 2nd stage.
4. About 180 seconds after launch, 3rd-stage thrust terminates and the Post-Boost Vehicle (D) separates from the rocket.
5. The Post-Boost Vehicle maneuvers itself and prepares for re-entry vehicle (RV) deployment.
6. The RVs, as well as decoys and chaff, are deployed during back away.
7. The RVs and chaff re-enter the atmosphere at high speeds and are armed in flight.
8. The nuclear warheads initiate, either as air bursts or ground bursts.

W78 warhead
In December 1979 the higher-yield W78 warhead began replacing a number of the W62s deployed on the Minuteman-IIIs.[34] These were delivered in the Mark 12A reentry vehicle. A small, unknown number of the previous Mark 12 RVs were retained operationally, however, to maintain a capability to attack more-distant targets in the south-central Asian republics of the USSR (the Mark 12 RV weighed slightly less than the Mark 12A).

Single Reentry Vehicle (SRV)
The Single Reentry Vehicle (SRV) modification enabled the United States ICBM force to abide by the now-vacated START II treaty requirements by reconfiguring Minuteman-III missiles from three reentry vehicles down to one. Though it was eventually ratified by both parties, START II never entered into force and was essentially superseded by follow-on agreements such as SORT and New START, which do not limit MIRV capability. Minuteman III remains fitted with a single warhead due to the warhead limitations in New START.

Safety Enhanced Reentry Vehicle (SERV)
Beginning in 2005, Mk-21/W87 RVs from the deactivated Peacekeeper missile will be placed on the Minuteman-III force under the Safety Enhanced Reentry Vehicle (SERV) program. The older W78 does not have many of the safety features of the newer W87, such as insensitive high explosive, as well as more advanced safety devices. In addition to implementing these safety features in at least a portion of the future Minuteman-III force, the decision to transfer W87s onto the missile is based on two features that will improve the targeting capabilities of the weapon: more fuzing options which will allow for greater targeting flexibility and the most accurate reentry vehicle available which provides a greater probability of damage to the designated targets.

Faced with only a few Minuteman LCC targets, the Soviets could have concluded that the odds of being successful in a Minuteman LCC decapitation strike were higher with less risk than it would have been having to face the almost insurmountable task of successfully attacking and destroying 1000 Minuteman silos and 100 Minuteman LCCs to ensure Minuteman was disabled. This theory motivated SAC to design a survivable means to launch Minuteman, even if all the ground-based command and control sites were destroyed.[36]

After thorough testing and modification of EC-135 command post aircraft, the ALCS demonstrated its capability on 17 April 1967 by launching an ERCS configured Minuteman II out of Vandenberg AFB, CA. Afterward, ALCS achieved Initial Operational Capability (IOC) on 31 May 1967. From that point on, airborne missileers stood alert with ALCS-capable EC-135 aircraft for several decades. All Minuteman ICBM Launch Facilities were modified and built to have the capability to receive commands from ALCS. With ALCS now standing alert around-the-clock, the Soviets could no longer successfully launch a Minuteman LCC decapitation strike. Even if the Soviets attempted to do so, EC-135s equipped with the ALCS could fly overhead and launch the remaining Minuteman ICBMs in retaliation.[37] Now that ALCS was on alert, this complicated Soviet war planning by forcing the Soviets to not only target the 100 LCCs, but also the 1000 silos with more than one warhead in order to guarantee destruction. This would have required upwards of 3000 warheads to complete such an attack. The odds of being successful in such an attack on the Minuteman ICBM force would have been extremely low.[37]

Today, the ALCS is operated by airborne missileers from Air Force Global Strike Command’s (AFGSC) 625th Strategic Operations Squadron (STOS) and United States Strategic Command (USSTRATCOM). The weapon system is now located on board the United States Navy’s E-6B Mercury. The ALCS crew is integrated into the battle staff of the USSTRATCOM “Looking Glass” Airborne Command Post (ABNCP) and is on alert around-the-clock.[38] Although the Minuteman ICBM force has been reduced since the end of the Cold War, the ALCS continues to act as a force multiplier by ensuring that an adversary cannot launch a successful Minuteman LCC decapitation strike.

Deployment
The Minuteman-III missile entered service in 1970, with weapon systems upgrades included during the production run from 1970 to 1978 to increase accuracy and payload capacity. As of 2016, the USAF plans to operate it until 2030.[39]

The LGM-118A Peacekeeper (MX) ICBM, which was to have replaced the Minuteman, was retired in 2005 as part of START II.

A Minuteman-III missile in its silo
Minuteman-III missiles are regularly tested with launches from Vandenberg Air Force Base in order to validate the effectiveness, readiness, and accuracy of the weapon system, as well as to support the system’s primary purpose, nuclear deterrence.[42] The safety features installed on the Minuteman-III for each test launch allow the flight controllers to terminate the flight at any time if the systems indicate that its course may take it unsafely over inhabited areas.[43] Since these flights are for test purposes only, even terminated flights can send back valuable information to correct a potential problem with the system.

The 576th Flight Test Squadron is responsible for planning, preparing, conducting, and assessing all ICBM ground and flight tests. 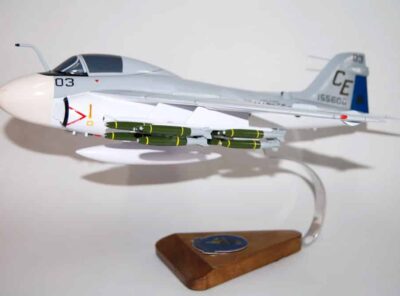 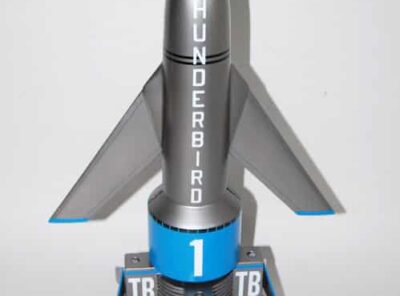 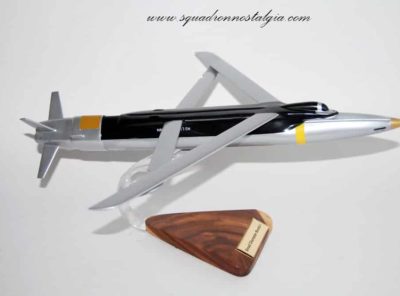