Fly again with the HSL-47 Saberhawks in this SH-60B carved from Mahogany and carefully painted to provide a treasure piece of art for your family, office and goat locker.

Since establishment, HSL 47 has been at the forefront of helicopter operations in the Pacific Fleet. In 1990, Detachment EIGHT embarked in USS PRINCETON (CG 59) and Detachment NINE embarked in USS REUBEN JAMES (FFG 57) participated in the first visit to Vladivostok, USSR, by American ships in over 35 years. The visit was one of a series of exchange visits designed to foster friendship and good will among the sailors of both nations.

The following year, the SABERHAWKS deployed five detachments in support of Operations DESERT SHIELD and DESERT STORM. These detachments flew over 2,000 combat, combat support, and contingency hours. An integral part of coalition forces, HSL 47 detachments worked closely with British helicopters resulting in the sinking of several Iraqi patrol boats. Since the cease fire, seventeen SABERHAWK detachments have patrolled the Arabian Gulf to protect the peace as part of Operation SOUTHERN WATCH.

In the humanitarian role, Detachment TWO embarked in USS VALLEY FORGE (CG 50) was the first unit to render assistance to Somali citizens during Operation RESTORE HOPE. They were responsible for airlifting critically needed fresh water and food to the fleeing refugee vessel CHAMSAGAR. Detachment NINE embarked in USS RENTZ (FFG 46) flew over 100 combat hours during the fiercest fighting in Mogadishu. Additionally, Detachment EIGHT became the first west coast LAMPS detachment to deploy aboard an east coast based ship when they supported USS CAPE SAINT GEORGE (CG 71) from 2 January to 8 February 1996 during Operation MOUNTAIN TOP.

In 1990, the SABERHAWKS were awarded the coveted Arnold J. Isbell Award for outstanding performance in antisubmarine warfare, distinguishing the squadron as a leader Navy-wide. In February 1996, the SABERHAWKS won a fifth consecutive Wolfhunt title, bringing their record to an unparalleled 11 first place finishes out of 15 in the semi-annual under sea and surface warfare competition. HSL 47 was also awarded the Meritorious Unit Commendation in 1990, was Honorable Mention for the 1990 Secretary of Defense Phoenix Award for maintenance excellence, and received the 1996 and 1999 Sikorsky Most Improved Maintenance Department Award. 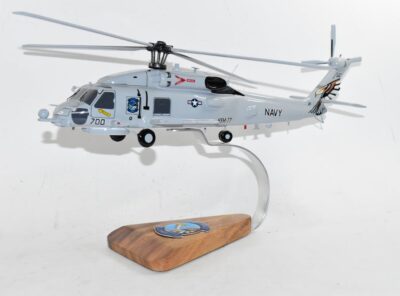 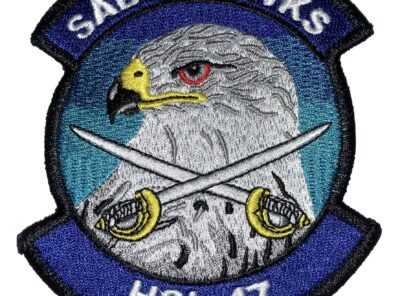