Fly with this HMLA-167 Warriors in this hand crafted AH-1Z. Each model is carved from wood and hand painted to provide a unique piece.

Vietnam War
On April 1, 1968, at Marble Mountain Air Facility, Republic of Vietnam, Marine Light Helicopter Squadron 167 was commissioned. From commissioning date until June 1971, HML-167 would participate in operations against communist forces in the Republic of Vietnam. Flying UH-1Es for the duration of its tenure in Vietnam. On June 21, 1969, HML-167 dropped the first helicopter bomb. This was accomplished using the Helicopter Trap Weapon (HTW).

On August 7, 2005 HMLA-167 departed MCAS New River and rejoined MAG-26 in Al Asad, Iraq. This trip to Iraq would be the third in less than three years for many of the Marines. HMLA-167 redeployed to MCAS New River on March 1, 2006. During this same period, HMLA-167 had a detachment with the 22nd Marine Expeditionary Unit that operated out of Al Asad during its 6-month deployment.
In August 2006, HMLA-167 departed MCAS New River after only 5 months at home to join MAG-16 in Al Asad, Iraq. HMLA-167 redeployed to MCAS New River in March 2007. The squadron has again deployed in support of Operation Iraqi Freedom leaving MCAS New River on March 11, 2008 for a seven-month tour in Iraq.[2] After only a few months home, HMLA-167 split into two detachments, the main body deploying to Iraq and a small four AH-1W cobra detachment deploying to Afghanistan on February 8, 2009.
In March 2011 during the Libya civil war HMLA 167 sent a detachment of UH-1N Hueys and AH-1W Cobras in support of the 22nd MEU, for an 11-month deployment.
On May 3, 2013 HMLA 167 returned to middle east in support of Operation Enduring Freedom by being deployed to Camp Bastion Afghanistan, as well as supporting combat operations at COP Camp Dwyer and COP Shukvani in Afghanistan’s’ Helmand Province. It was also the first time HMLA 167 deployed with the UH-1Y “Yankee”. In June 2013 HMLA 167 sent a detachment of four AH-1W cobras to Okinawa to help kick start the UDP deployment cycle again. In November 2013 and December 2013 both the Marines of OEF and UDP returned from their deployments respectively.
In October 2015 a detachment of AH-1W’s and UH-1Y’s from HMLA-167 joined VMM-162(REIN) of the 26th MEU in a deployment to the 5th and 6th Fleet area’s of operation. Also in November 2015 HMLA-167 departed MCAS New River and moved to Okinawa, Japan to take part in UDP 16.1 completing training exercises in Thailand for Cobra Gold 2016 and the Philippines for Balaktan 2016. The Marines on the 26th MEU returned home in April 2016, and the Marines in Okinawa returned in May 2016. In July 2016 HMLA-167 received the Chief of Naval Operations Safety Award. 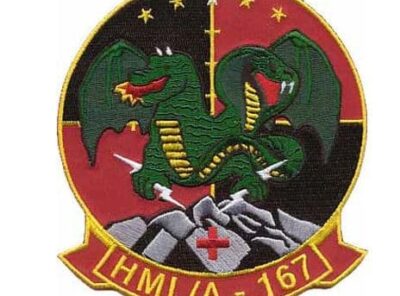 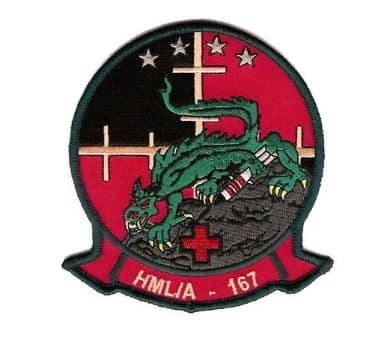 HMLA-167 Warriors Patch – Plastic Backing Honor the brave warriors of HMLA-167 with this 4 inch embroidered patch! Show your support for the United States Marine Corps with this high-quality patch, featuring plastic backing for durability. This patch is proudly … Read More 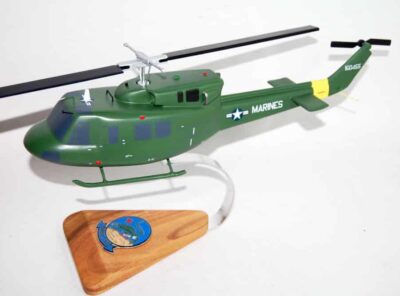 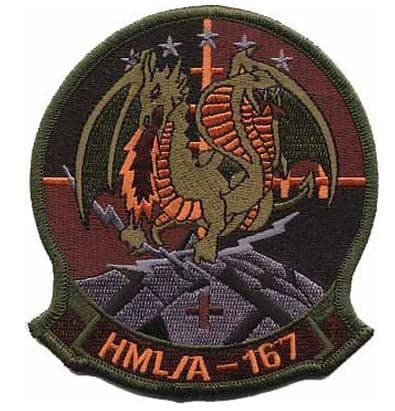 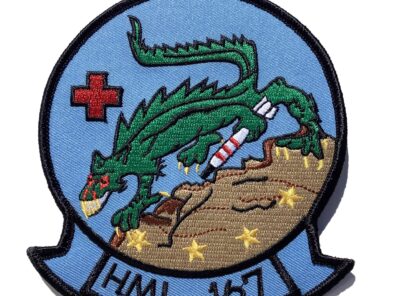 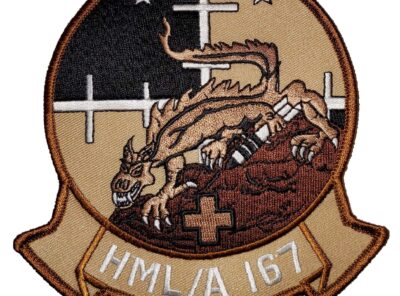 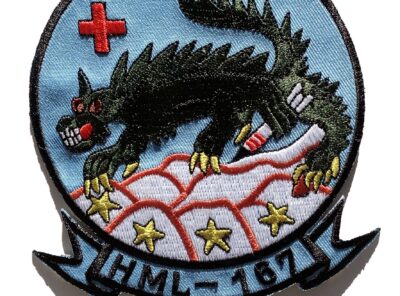