Fly in the classic Evergreen 1990s 747-200 Model in this hand crafted recreation. Each model is carved from wood and hand crafted to provide a piece you’ll love.

Evergreen International Airlines was a charter and cargo airline based in McMinnville, Oregon, United States. Wholly owned by Evergreen International Aviation, it had longstanding ties to the Central Intelligence Agency (CIA).[2] It operated contract freight services, offering charters and scheduled flights, as well as wet lease services. It operated services for the U.S. military and the United States Postal Service, as well as ad hoc charter flights. Its crew base was at John F. Kennedy International Airport, New York.[3]

Evergreen also maintained a large aircraft maintenance and storage facility at the Pinal Airpark in Marana, Arizona, that the company acquired from the CIA’s Air America operation.

CIA front
The airline was established by Delford Smith (founder and owner) and began operations in 1960 as Evergreen Helicopters. It acquired the operating certificate of alleged Central Intelligence Agency front company Johnson Flying Service[7] and merged it with Intermountain Airlines (a known CIA front) from Pacific Corporation (also a CIA front) in 1975 to form Evergreen International Airlines. The holding company, Evergreen International Aviation, formed in 1979, wholly owned the airline.[3] Evergreen also purchased the assets of Air America which had provided fixed wing and helicopter support for the CIA in southeast Asia during the Vietnam conflict.

Evergreen served as an Agency front widely over its history:[8][2]

Wherever there was a hot spot in the world, Evergreen’s helicopters and later airplanes were never far behind. Evergreen’s hardware was so inextricably linked with political intrigue that rumors swirled that the company was owned by, or a front for, the U.S. Central Intelligence Agency (CIA). Indeed, several of the company’s senior executives either worked for the agency or had close ties to it.

Smith never let on, disingenuously telling the Portland Oregonian in 1988, “We don’t know when we’ve ever worked for them [the CIA], but if we did we’re proud of it. We believe in patriotism, and, you know, they’re not the [Russian spy service] KGB.”[7]

Evergreen bought assets during the 1970s that were previously linked to CIA operations including Montana’s Johnson Flying Service and the CIA’s aviation ‘skunk works’ located at the Pinal Airpark in Arizona where Evergreen subsequently performed special maintenance such as servicing the NASA operated Boeing 747 Shuttle Carrier Aircraft used to transport the Space Shuttle. Evergreen subsequently sold the Pinal Airpark facility to Relativity Capital in 2011.[7]

Officially, the company provided “aviation services” for the CIA, including illegal-drug abatement spraying in Mexico and South America and transporting the Shah of Iran from Egypt to Panama,[7] then Panama to the United States in 1980.[9] Shortly thereafter it ran mysterious missions to El Salvador and Nicaragua.[2]

As public government contractor
Evergreen performed more than military and intelligence community work, also servicing other government agencies in the U.S. as well as in other nations. Its Boeing 747 Supertanker aircraft was used as an firefighting air tanker from Israel to Mexico; its unmanned systems division flew drone flights over disaster zones; NASA hired it to operate its flying infrared observatory;[2] its aircraft supported United Nations peacekeeping operations in 30 countries; flew insect-eradication missions throughout Africa; provided helicopter support for the National Park Service and the U.S. Forest Service; and operated helicopters for FEMA following Hurricane Katrina in Louisiana. Commercially, the airline helped build the Trans-Alaska Pipeline; and developed and serviced the offshore oil and gas market with helicopter support worldwide via its Evergreen Helicopters division.[7]

“All told, Smith said his company flew in 168 countries over the years. ‘We were all over the world. Everywhere they needed a helicopter, they needed an airplane as well'”, said Smith.[7]

Bankruptcy
On November 9, 2013, it was announced that Evergreen Airlines would close on November 30, 2013, due to financial troubles.[12][13] This information was initially denied by Evergreen, but shortly afterwards admitted:[14] “Evergreen International Airlines flew its last flight Monday [December 2, 2013] Mike Hines, chairman of its parent company board, acknowledged”.[15]

In June 2014, Evergreen had declared Chapter 7 bankruptcy[17][18] and began a liquidation of assets, including its headquarters campus in McMinnville.[19]

By the time of Smith’s death November 7, 2014, the remains of his once billion-dollar Evergreen Aviation empire had been sold off, shut down, or was in bankruptcy and under investigation by tax authorities.[7] 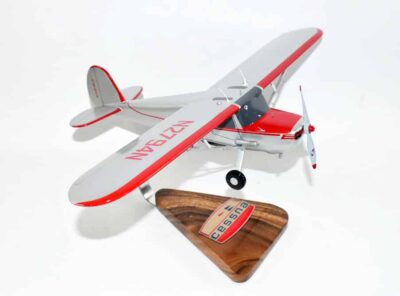 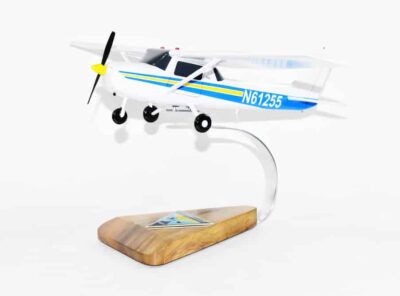 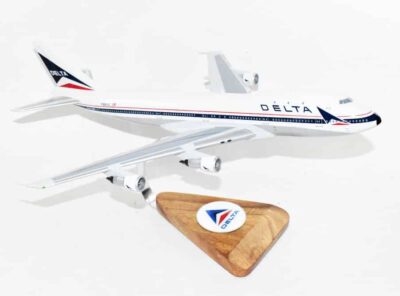 Delta B747-200 Model Fly with the Delta Airlines in this hand crafted B747-200 Model. Each model is carved from wood and hand painted to provide a unique piece that will always be treasured. Length- 18 inches Delta Air Lines, Inc., … Read More 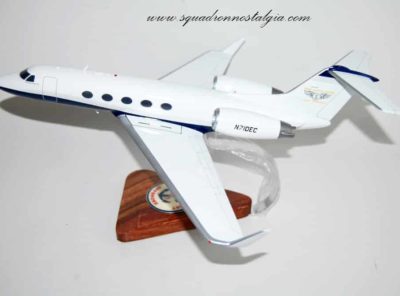 G-III Model A custom recreation of a client’s aircraft. 18 inches 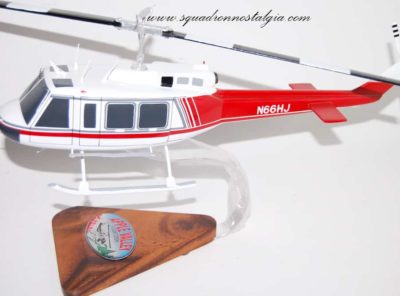 Bell 205 Model A custom wooden model specially made and handcrafted out of wood. We’ll make your company’s aircraft too! Please send up pics! 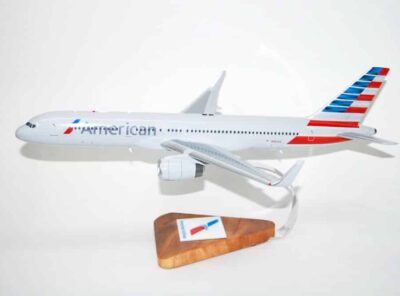 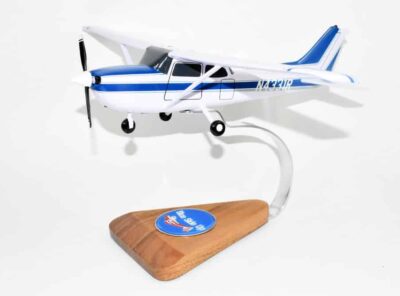 Cessna 172 (N4331R) Model Blue Side Aviation in this hand crafted Cessna 172 model. Each model is carved from wood and hand painted to provide a piece you’ll love.