Fly SAR with the Coast Guard in this hand crafted MH-60 Jayhawk model. Each model is carved from wood and hand painted to provide a piece you’ll love.

The Sikorsky MH-60T Jayhawk is a multi-mission, twin-engine, medium-range helicopter operated by the United States Coast Guard for search and rescue, law enforcement, military readiness and marine environmental protection missions. Originally designated HH-60J before being upgraded and redesignated beginning in 2007,[2] the MH-60T is designed to fly a crew of four up to 300 mi (483 km) offshore, hoist up to six additional people on board while remaining on-scene for up to 45 minutes and return to base while maintaining an adequate fuel reserve. Normal cruising speed of the MH-60T is 135 to 140 kn (155 to 161 mph) and the aircraft is capable of reaching 180 kn (207 mph) for short durations. The MH-60T can fly at 140 kn (161 mph) for six to seven hours.[3] Chosen to replace the HH-3F Pelican, the MH-60T is a member of the Sikorsky S-70 family of helicopters and is based on the United States Navy’s SH-60 Seahawk helicopter.[1] Development began in September 1986, first flight was achieved on 8 August 1989, and the first HH-60J entered USCG service in June 1990. Production ended in 1996 after 42 helicopters were produced; three retired SH-60F Seahawks were also remanufactured to MH-60T specifications beginning in 2010.[4] A total of 42 MH-60Ts are in service with the Coast Guard.[5] 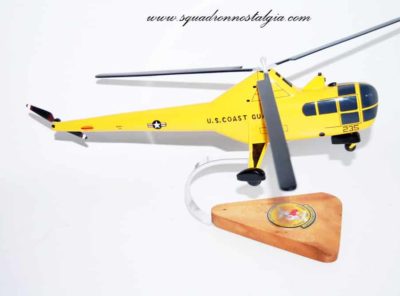 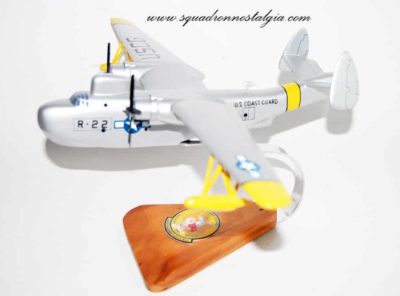 PBM-3 Mariner USCG Elizabeth City Model Fly the PBM-3 Mariner again out of the Elizabeth City. Each piece is carved from wood and handpainted to provide a piece you’ll love. The Martin PBM Mariner was an American patrol bomber flying … Read More 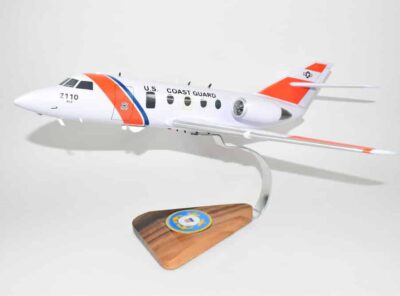