Fly with the Air Force One  again in this handcrafted VC-118A Liftmaster (DC-6A) Model. Each model is carved from wood and handpainted to provide a piece you’ll love.

The idea of designating specific military aircraft to transport the President arose in 1943, when officials of the United States Army Air Forces, the predecessor to the U.S. Air Force, became concerned about using commercial airlines for presidential travel. A C-87 Liberator Express was reconfigured for use as the first dedicated VIP-and-presidential transport aircraft and named Guess Where II, but the Secret Service rejected it because of its safety record. A C-54 Skymaster was then converted for presidential use; dubbed the Sacred Cow, it carried President Franklin D. Roosevelt to the Yalta Conference in February 1945 and was used for another two years by President Harry S. Truman.

Other Air Force Ones have included another Lockheed Constellation, Columbine III, and two Boeing 707s, introduced in the 1960s and 1970s. Since 1990, the presidential fleet has consisted of two Boeing VC-25As: highly customized Boeing 747-200B aircraft. The U.S. Air Force has ordered two Boeing 747-8s to serve as the next Air Force Ones. 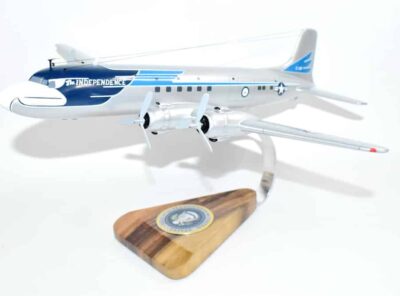 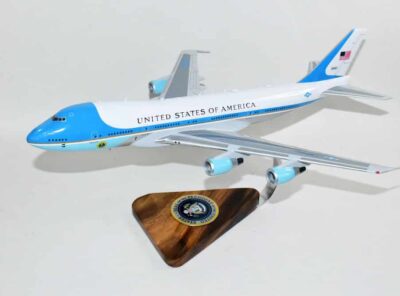