Fly with the 97th Airlift Squadron Fightin’ Roos (McChord AFB) in this handcrafted C-17 Globemaster Model. Each piece is carved from wood and hand painted to provide a piece you’ll love.

The 97th Airlift Squadron is a United States Air Force Reserve squadron, assigned to the 446th Operations Group, stationed at Joint Base Lewis-McChord, Washington. It is a USAF Associate Unit of the active duty 4th Airlift Squadron, 62d Airlift Wing.

History
World War II
Activated in July 1943 as an I Troop Carrier Command Douglas C-47 Skytrain Squadron. After training in the United States, at various bases, sent to Baer Field, Indiana for final equipping with aircraft, personnel and other equipment. Deployed to IX Troop Carrier Command in February 1944 during the build-up prior to the Invasion of France.

During the D-Day Invasion, the squadron dropped paratroops of the 101st Airborne Division in Normandy, subsequently flying numerous missions to bring in reinforcements and needed supplies. During the airborne attack on The Netherlands (Operation Market Garden, September 1944), the squadron dropped paratroops, towed gliders, and flew resupply missions. Later participated in the invasion of southern France in August 1944. The squadron supported the 101st Airborne Division in the Battle of the Bulge by towing gliders full of supplies near Bastogne on 27 December 1944. In addition, its units participated in the air assault across the Rhine River in early 1945 (Operation Varsity) and later flew numerous freight missions to carry gasoline, food, medicine, and other supplies to allied ground forces during the Western Allied invasion of Germany in April 1945 near Wesel. The squadron also hauled food, clothing, medicine, gasoline, ordnance equipment, and other supplies to the front lines and evacuated patients to rear zone hospitals. It transported displaced persons from Germany to France and Belgium after V-E Day. Remained in Europe during the summer of 1945, inactivating as part of the United States Air Forces in Europe, October 1945.

Reserve operations and mobilization for the Korean War
Reactivated in the reserve as a Curtiss C-46 Commando troop carrier squadron in Minneapolis, Minnesota during 1947. Was federalized as a result of the Korean War in 1951, squadron personnel and aircraft being sent to active-duty units as fillers, inactivated as an administrative unit a few days later.

Return to reserve operations
Reactivated after the Korean War as a reserve fighter-bomber squadron in 1952 initially equipped with North American F-51 Mustangs, later upgraded to Lockheed F-80 Shooting Star jet aircraft. Redesignated back to a troop carrier squadron in . Carried out theater transport operations and supported Air Force and Army units with troop carrier missions. Was activated during the 1962 Cuban Missile Crisis, carried Army units to South Florida in preparation of a possible invasion of Cuba. Returned Army personnel to home stations after situation was normalized and returned to reserve service.

The squadron flew airlift missions worldwide, including to Southeast Asia during the Vietnam War and to Southwest Asia during the Gulf War. It has also participated in training exercises, some involving the dropping or landing of airborne troops.

The squadron has conducted worldwide airlift including Supporting contingency operations in Panama, 1989–1990, and in southwest Asia, 1990-1991. 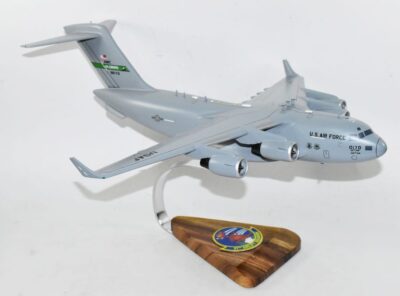 Fly with the 97th Airlift Squadron Fightin’ Roos (99170 McChord AFB) in this handcrafted C-17 Globemaster Model. Each piece is carved from wood and hand painted to provide a piece you’ll love. 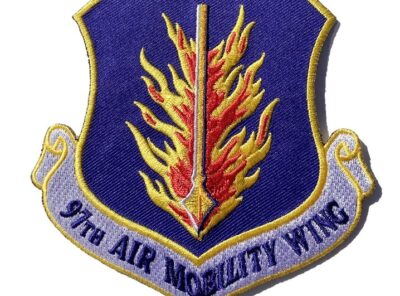 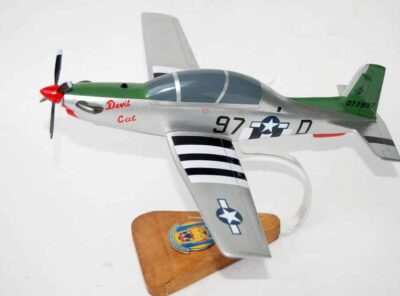 97th Flying Training Squadron Devil Cat T-6A Model Solo again in the T-6A with 97th FTS Devil Cat. This 12 inch model is a must have for any Air Force Aviator and makes the perfect gift after soloing! Length – … Read More 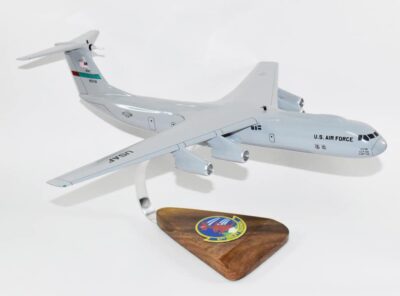 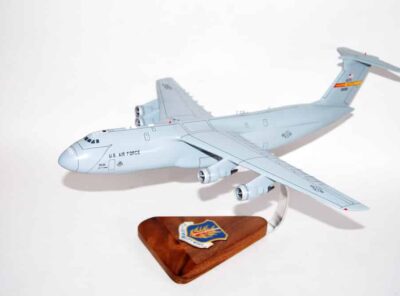 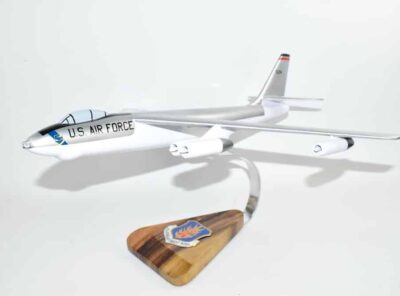 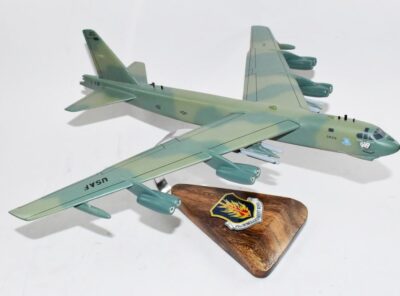 Fly with the 97th Bomb Wing 1988 in this handcrafted B-52G Model. Each model is carefully carved from wood and hand painted to provide unique piece you’ll love.